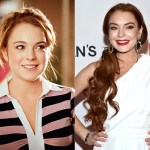 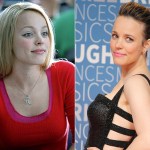 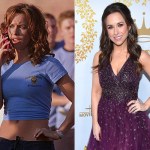 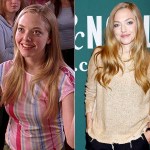 October 3 is ‘Mean Girls’ Day, and in honor of the special occasion, we’re taking a trip down memory lane to see how much the cast has changed since the movie came out.

“On October 3, he asked me what day it was.” Of course, anyone who’s seen Mean Girls remembers this iconic line, which was narrated by Lindsay Lohan as her character, Cady Heron, fell for Aaron Samuels (played by Jonathan Bennett). It’s been more than 16 years since the movie came out in 2004, and to this date, fans still remember the importance of October 3. So much so, in fact, that it’s become known as Mean Girls Day!

In addition to Lindsay, Mean Girls also starred some well-known names like Rachel McAdams and Amanda Seyfried, along with Tina Fey, who also wrote the film, and Amy Poehler. Of course, the entire cast has been up to quite a bit since the movie first premiered. In the gallery above, we’re taking a look back at how they’ve changed and what they’re all up to now.

Leader of the “Plastics,” Regina George, has definitely come a long way — at least, the actress who brought her to life has! Rachel McAdams’ career has seriously flourished since she led her clique through North Shore High. The same year that Mean Girls hit theaters, McAdams starred in another contemporary classic, The Notebook alongside Ryan Gosling. Following the success of the film, McAdams starred in a number of romantic dramas, including The Time Traveler’s Wife and About Time. She also flexed her comedy chops again with 2018’s Game Night. A major milestone came in 2015 with the Spotlight, for which she earned her very first Oscar nomination! Since 2016, the actress has been in a committed relationship with her partner, Jamie Linden. The two have a son together, and Rachel is currently pregnant once again.

Mean Girls served as the perfect launching pad for Amanda’s career. The film was her big break after appearing on the soap opera dramas As The World Turns and All My Children. In the years since dressing up as a mouse (duh), Seyfried has shown how multi-faceted her talent is. In 2008, the actress, 34, won the coveted role of Sophie in the film adaptation of the beloved musical Mama Mia! and returned for the film’s sequel, Mama Mia! Here We Go Again in 2018! She also dabbled in darker genres, like with the cult-horror film Jennifer’s Body opposite Megan Fox. Between 2006-2011, Seyfried also appeared in the Emmy-nominated series Big Love. She returned to her musical routes in 2012 with the film adaptation of the Tony-winning musical Les Misérables where she played the adult Cosette opposite Oscar nominee Hugh Jackman.

Much like her co-stars, so much has changed over the years for the film’s lead, Lindsay Lohan. Following the success of Mean Girls, Lohan starred in a number of popular movies, like Just My Luck, Herbie Fully Loaded, and Machete. She also launched a music career, churning out tunes like “Rumors” and “Confessions of a Broken Heart (Daughter to Father).” Following a series of legal issues, and an admission to Oprah Winfrey in a 2013 interview that she was struggling with drug addiction, Lindsay took a step back from the spotlight. She moved to Dubai for a more private life, resurfacing in 2016 looking happier and healthier. Now at 33, the actress and singer is seemingly making a return to music with her new song “Back To Me,” her first official single in 12 years!

It’s amazing to see just how much this cast has gone through in the last 16 years. To see what the rest of the cast is up to, check out the gallery above!