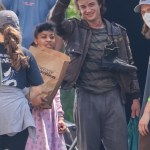 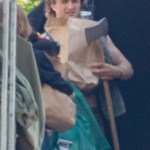 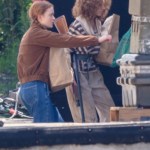 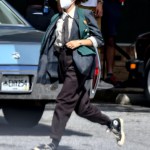 The TV event of 2022 is upon us. A new ‘Stranger Things’ season 4 teaser debuted on Stranger Things Day and revealed Eleven and the Byers have moved all the way to California!

The wait for Stranger Things season 4 has been long, but a new teaser shows that all the anticipation has been worth it. The new footage was unveiled on Stranger Things Day. Eleven, who is rocking a whole new hairstyle, and the Byers have settled in California. Eleven writes a letter to Mike about how excited she is to see him on Spring Break.

“Dear Mike, today is day 185. I think I have finally adapted,” Eleven writes. “I even like school now. I have made lots of friends. Even so, I am ready for spring break. Mostly because I get to see you. We will have the best spring break ever.”

Since this is Stranger Things, these kids just can’t have a fun and normal spring break. Chaos ensues and the teens must face everything from armed guards to explosions. Buckle up! 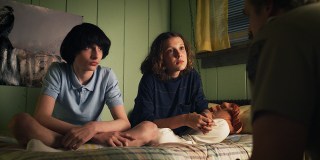 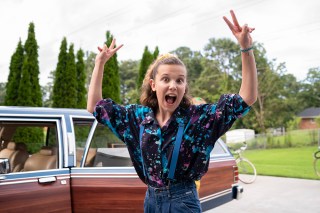 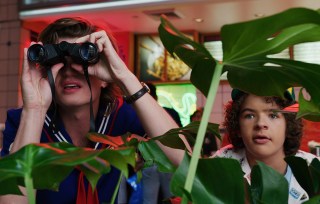 It’s already been over two years since Stranger Things 3 was released. By the time the fourth season rolls around, it will have been almost 3 years since new episodes! Season 4 filming was delayed in 2020 because of the COVID-19 pandemic.

In August 2021, Netflix released a brief teaser and revealed season 4 would premiere in 2022. The footage included Eleven, sporting bangs, being held back by men in suits, Hopper holding a blowtorch, and Steve underwater.

The intense teaser in May 2021 featured the return of Matthew Modine’s Dr. Brenner. The teaser showed kids playing in a room together. They all look reminiscent to Eleven in the first season before her escape. When Dr. Brenner walks in, the kids call him “papa.” Dr. Brenner can be heard asking Eleven, “Eleven, are you listening.”

When the first season 4 teaser dropped in 2020 and revealed Hopper’s return, the Duffer Brothers released the following statement: “We’re excited to officially confirm that production on Stranger Things 4 is now underway — and even more excited to announce the return of Hopper! Although it’s not all good news for our ‘American’; he is imprisoned far from home in the snowy wasteland of Kamchatka, where he will face dangers both human… and other. Meanwhile, back in the states, a new horror is beginning to surface, something long-buried, something that connects everything… Season 4 is shaping up to be the biggest and most frightening season yet, and we cannot wait for everyone to see more. In the meantime — pray for the American.”