Brad Pitt’s been having no luck in his ongoing custody battle with ex Angelina Jolie over their kids, and a lawyer EXCLUSIVELY explains why.

Over five years since they announced their split, Angelina Jolie, 46, and Brad Pitt, 57, are still at odds over their ongoing custody battle. In the latest legal development, Brad was unable to convince the California Supreme Court to restore Judge John Ouderkirk to the case and void the previous ruling that granted the actor joint custody of his five minor children with Angie. In other words, Angelina got another big win in the case over Brad. Morghan Richardson, partner at Davidoff, Hutcher and Citron LLP, now EXCLUSIVELY explains to HollywoodLife why Brad keeps hitting a dead end in his mission to spend more time with his kids, and how its unlikely he’ll undo the initial custody deal he and Angie agreed to back in 2018.

According to Morghan, Brad and Angie’s custody situation began with a temporary agreement that got judges’ approval back in December 2016. “The agreement provided for therapeutic visitation, drug and alcohol testing, and gave Brad access to the kids,” she explained to HL. “He [Brad] was at a low point in the case and so it was reasonable to come to an agreement.” Brad and Angie made that custody agreement permanent in 2018, but the Fight Club actor has been trying to undo that very ruling. “In Brad’s case, he agreed to the custody situation. It was likely a strategic move on his part to try and end some of the fighting for the benefit of the children,” Morghan said. “Now it seems he’s stuck with it,” she added.

As the custody case continues, Morghan also explained how Brad needs to develop an entirely new strategy if he truly wants to get more time with the kids. “Brad might have to show that he’s the better parent, along with some major change in circumstances happening while the kids are with Angie,” she told us. “He’s got to move the dial from no custody to sole custody, because joint custody may just be off the table at this point.” 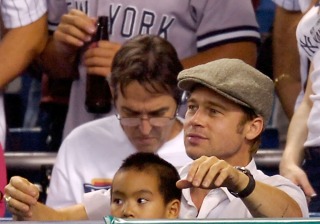 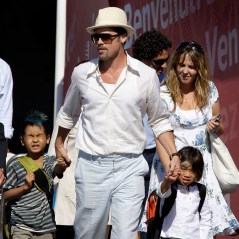 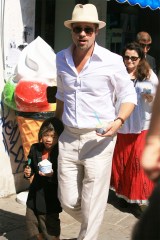 As for Brad and Angie’s five minor children — Pax, 17, Zahara, 16, Shiloh, 15, and 13-year-old twins Vivienne and Knox — who are at the center of this custody battle, Morghan said, “As the kids get older, their voices are also stronger in terms of how much time they want to spend with him [Brad].” The A-list exes are also parents to 20-year-old Maddox, but he is a legal adult and thus not subjected to the custody battle.

Despite his recent court loss, it’s likely Brad keeps up the custody fight. And according to Morghan, the ongoing legal battle between the exes’ could go on for much, much longer. “Custody is always modifiable. This is because people change – children grow and their needs evolve,” she explained. “This process can take as long as the parents are willing to keep fighting to play out.”