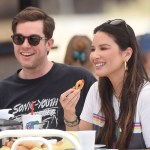 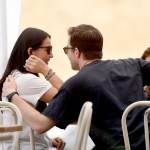 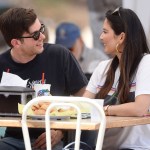 In a new interview, Olivia Munn spoke about being pregnant and shared her excitement to welcome ‘a little person’ in her life.

Olivia Munn, 41, is most definitely excited to become a mother. The pregnant actress was doing press for her new movie, Violet, on Oct. 25 when she briefly shared her feelings on having a baby with her boyfriend, comedian John Mulaney, 39. “Honestly, I’m just excited about meeting whoever it is, and bringing a little person into this world,” she told Entertainment Tonight. Watch the full interview HERE.

Olivia is going to be a first-time-mom when she gives birth. Parenthood will also be a new experience for John, who was the one to confirm the pair were having a child together during an appearance on Late Night With Seth Meyers on Sept. 7. “In the spring I went to Los Angeles and met and started to date a wonderful woman named Olivia,” he said while updating the fellow comedian on his life. “I got into this relationship that’s been really beautiful with someone incredible. . . and we’re having a baby together.”

The Newsroom actress then broke her silence on the pregnancy days after John’s interview, while on Access Hollywood. “I’m feeling really good,” she told Mario Lopez. “The outpouring of love and support has been amazing. There’s a very real mom tribe that comes up — I’ve heard about it — but they really come up in full force. . . it has really meant so much to me.”

Olivia Munn -- Pictures Of The Actress 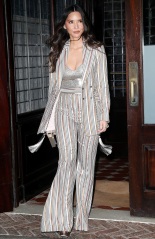 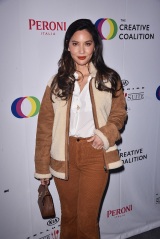 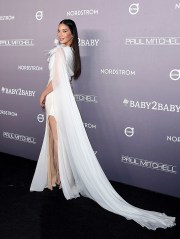 Olivia and John have been romantically linked since May. A source previously told PEOPLE that the two met at church. “This is very new,” the source said. “They’re taking it slowly.” Their connection came shortly after the news that John split from his wife of almost seven years, Anna Marie Tendler, following a stint in rehab.