Melissa Gorga spoke EXCLUSIVELY to HollywoodLife about why she isn’t expecting to stand beside sister-in-law Teresa Giudice on her wedding day to Luis Ruelas.

Teresa Giudice has got a wedding to plan! The 49-year-old Real Housewives of New Jersey star recently got engaged to boyfriend Luis Ruelas, 46, after 1 year of dating, and fans have already begun to wonder if Melissa Gorga, 42, will be a bridesmaid at her RHONJ co-star and sister-in-law’s wedding. So when HollywoodLife EXCLUSIVELY chatted with Melissa at the Mohegan Sun 25th Anniversary celebration on Oct. 23, we asked just that.

“Absolutely not!” Melissa said of possibly being Teresa’s bridesmaid. “She has four daughters,” the boutique owner added. Melissa is right: Teresa is a proud mother to four girls — Gia, 20, Gabriella, 17, Milania, 15, and Audriana, 12 — that she shares with her ex-husband, Joe Giudice. Teresa is very close with her children, so it’s most likely that as Melissa pointed out, the four daughters will stand beside Teresa on her wedding day.

But even though Melissa doesn’t think she’ll be on bridesmaid-duty, she and husband Joe Gorga, who is Teresa’s brother, are still overjoyed about Teresa’s engagement, which took place in Greece on October 19. “We are very happy for her,” Melissa told us at the Mohegan Sun event. 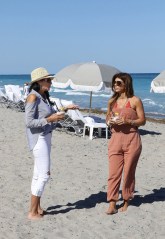 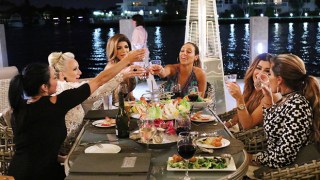 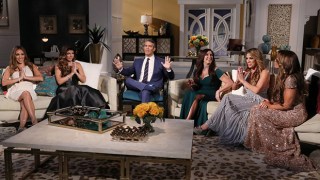 Teresa has received so much support since she accepted Luis’ romantic proposal on vacation. Her brother even told US Weekly that he cried after he heard the big news! [“Luis] came in like what she needed,” Joe said. “She needed that Superman to come in and take her life and fix it, and that’s what he’s doing. I always said she needed a beast of a man, and he is one of them.”

The upcoming nuptials will mark Teresa’s second wedding. She married Joe Giudice, 49, in 1999, but the former couple called in quits in Dec. 2019. They finalized their divorce in Sept. 2020 and Teresa and Luis began dating shortly thereafter.