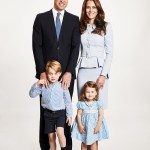 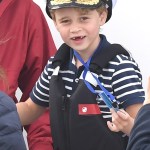 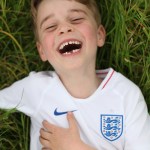 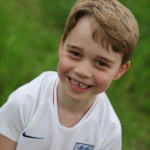 The young royals adorably helped their mum and dad while they were arriving at the airport, as Prince William and Kate Middleton unloaded bags from their car.

Time is really flying, and Prince George and Princess Charlotte are growing up so fast, while they helped their mom and dad at Heathrow Airport on Thursday October 21. Prince William and Kate Middleton‘s 8-year-old-son and 6-year-old daughter were standing on the sidewalk at the airport entrance with their backpacks in tow, along with their younger brother Prince Louis, 3, via DailyMail. Check out the photos HERE!

The family all seemed dressed comfortably, but were still stylish as they arrived for their flight. George sported a blue polo and shorts along with nike sneakers, while his sister wore a gray outfit, while she held her shining carry-on bag. William, 39, rocked a blue sweater with navy pants and brown shoes. Kate, 39, looked gorgeous in a light blue dress, with a patterned design on it, a gray face mask and white shoes. Louis could be seen off to the side, and the family also had their nanny with them, who helped carry a few bags out of their black Audi.

In the past year, George and Charlotte have had plenty of outings with their parents, where they looked just like mini versions of the royals. Back in July, George got a new portrait photo taken, where he was wearing a blue polo with orange stripes, as he sat in a field. In August, The Duke and Duchess of Cambridge shared an adorable photo of Charlotte, holding a beautiful butterfly, as she wore a blue t-shirt and pink shorts. 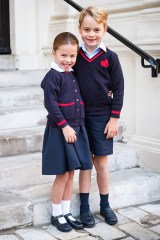 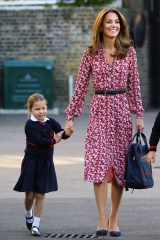 Throughout the summer, George and Charlotte had lots of bonding time with their parents, as they attended different events and had different celebrations with them. Both the son and daughter accompanied William to a half marathon on Father’s Day, and Charlotte looked just like her mum! George and William also had a sweet father-son moment, when they attended one of England’s soccer match against Italy as part of the Euro 2020 final. George looked like he was having a grand old time, as the first goal was scored, and he clapped along with his dad.