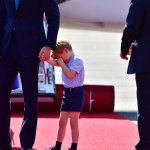 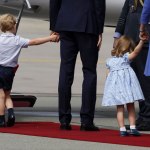 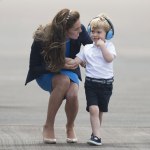 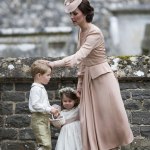 Prince George looked adorably grown up in his new birthday portrait, which shows him wearing a dark blue and orange outfit while sitting atop a car.

Prince George is turning 8 tomorrow and to celebrate his parents, Prince William, 39, and Kate Middleton, 39, are releasing a very new portrait! The little royal looked adorable in the new smiling snapshot, which was posted to the Duke and Duchess of Cambridge’s official Instagram account on July 21. He showed off a classic summer outfit that included a dark blue polo shirt with orange stripes and matching dark blue shorts as he sat atop a car outside.

“Turning eight(!) tomorrow 🥳🎂 📸 by The Duchess,” the cute pic’s caption read, indicating the proud mom is the one who snapped the epic shot.

It didn’t take long for followers of the royal account to comment on the pic once it was published. “Beautiful boy,” one follower wrote while another mentioned how much he “looks like his dad!” Another asked, “Where does the time go? ❤️❤️,” referring to how grown up George looks, and a fourth exclaimed, “Oh my goodness look how much he resembles his Dad..and grandmother. Happy Birthday, young Prince!” 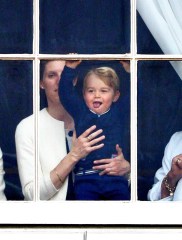 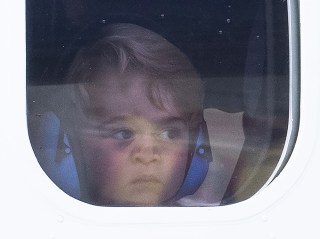 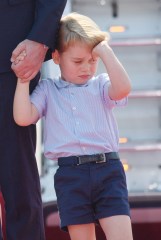 Before George made headlines with his latest pic, he did so on July 11, when he happily cheered alongside his parents at the Euro 2020 final. He was dressed up in a suit and tie and made quite the impression once enthusiastic pics and video clips of him clapping and laughing while swinging his head back went public. It’s not surprising that the posts went viral and proved that the future king of England’s son definitely has his dad’s charisma!

When George isn’t getting the attention from onlookers and royal family fans, his sister Princess Charlotte, 6, is. The cheeky tot also has her photo taken for her birthday each year and always gets an equally amount of responses as her big brother does. She also wows whenever she shows up to a public event with her parents and brothers, including Prince Louis, 3. Whether she’s smiling at photographers while being a part of a wedding, or playfully sticking her tongue out at them while being sassy and cute at an outside event, she surely keeps us complimenting!