Jamie Foxx revealed that the ‘cookie cutter’ lifestyle, which includes getting married, is not for him, in a new interview that he had to promote his new book.

Jamie Foxx, 53, is speaking out about his future and it doesn’t include walking down the aisle. The actor revealed that he doesn’t want to get married because he feels what’s generally included in that kind of lifestyle is not something he’s interested in having. “The 2.5 children, the wood paneling on the station wagon and the cottage, I didn’t think that was for me,” he told E! News’ Daily Pop while promoting his new book, Act Like You Got Some Sense, in an interview on Oct. 18. Check out the video of Jamie HERE!

Jamie, who famously dated Katie Holmes, 42, for around six years, went on to explain that he thinks his relationship with his daughters, Corrine, 27, and Annalise, 12, are better because he never got married. “A lot of those marriages ended up not doing well as the kids got older. Unfortunately, we saw the kids get fractured from their families,” he said. “Us, we actually came together more. So I don’t know what that is, I just know that it is different but it’s a whole lot of love.”

“The pressure of being married, I don’t think we can have a conversation about it. I just keep moving,” Jamie continued before opening up about keeping his family close to him.

Katie Holmes Then & Now: See Pics Of ‘Dawson’s Creek’ Star Through The Years 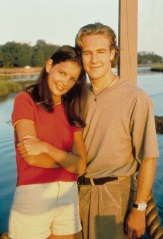 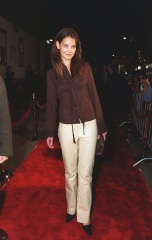 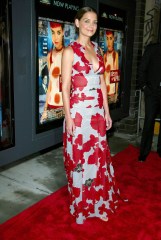 Jamie’s latest comments come after his headline-making relationship with Katie started in 2015. It lasted until 2019 and since then, he’s been linked to other women, including singer Sela Vave. Most recently, he’s been seen going to dinner at Nobu restaurant with a pretty mystery woman in Malibu, CA.

Jamie’s book, Act Like You Got Some Sense, will be released on Oct. 19.