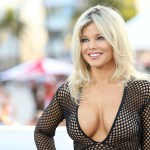 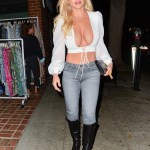 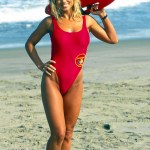 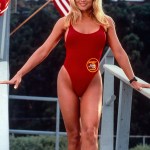 ‘Baywatch’ alum Donna D’Errico has stunned in a white crop top and knee-high black boots while stepping out for dinner with pals.

Donna D’Errico has barely aged a day since she burst onto the scene in the 1990s! The 53-year-old Baywatch alum became a household name when she slipped on the iconic red swimsuit, and is looking just as incredible as ever in 2021. She was most recently snapped heading out for a night on the town in Santa Monica on October 7. The blonde beauty was all smiles as she donned a low cut white crop top with long sleeves, a pair of light wash denim jeans, and knee high black boots.

She accessorized the ensemble with a small black handbag and a pair of delicate gold hoop earrings as she styled her platinum tresses in loose curls. It’s hard to believe Donna first shot to fame almost 30 years ago as a Playboy Playmate. She was a single mom to son Rhyan when she appeared in the magazine’s 1995 centerfold, and landed the role of Donna Marco on Baywatch the following year.

In 1996, she wed Motley Crue bassist Nikki Sixx and the couple welcomed a daughter named Frankie-Jean. As fans would recall, they met through her Baywatch co-star Pamela Anderson who was famously married to his bandmate, Tommy Lee at the time. Nikki and Donna later called it quits in 2006. 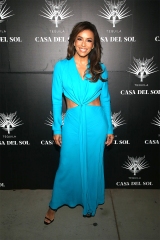 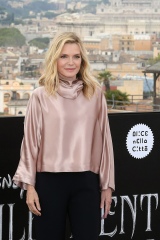 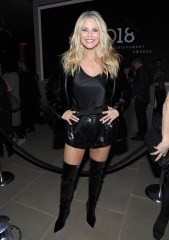 Earlier this year, Donna was seen rocking a white bikini, and served major Baywatch vibes. She opted for a white triangle style top and matching string bottoms, as she posed outdoors with a floral umbrella. Donna paired the barely-there swimsuit with a pair of towering nude pumps, and completed the look with a white kimono as she posed in her gorgeous Los Angeles backyard.

“I never knew umbrellas could be masterpieces! Look at this one I’m holding,” she captioned her April 22 post. Donna went on to shoutout the umbrella’s designer Mario Talarico, demonstrating how it opens in a later video. “The photos just don’t do it justice. It is exquisite. Handcrafted in Italy by master craftsman @mario_talarico_since_1860 I’m almost afraid to use it! Swipe for more pics,” she added.