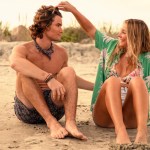 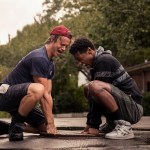 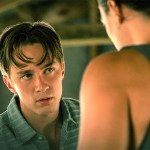 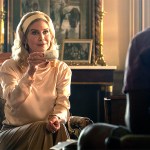 Madelyn Cline was captured on video dancing with actor Ross Butler in Milan, Italy, leading fans to believe Madelyn may have split from her fellow ‘Outer Banks’ star, Chase Stokes.

Have Outer Banks stars Madelyn Cline, 23, and Chase Stakes, 29, called it quits? Fans (sadly) think that may be the case, after Madelyn was spotted hanging out with 13 Reasons Why actor Ross Butler, 31, during Milan Fashion Week. First, Madelyn and Ross were photographed sitting side by side at the Salvatore Ferragamo on Saturday, September 25, and Ross posted that shot to his Instagram account. See that photo HERE.

A few days later, the two actors were caught on video affectionately dancing together inside Cera restaurant. In the footage, which published by TMZ on Thursday (Sept. 30) and can be watched HERE, Ross casually twirls Madelyn around, as the two stars seem to be having fun and feeling fairly comfortably together.

Of course, it’s totally possible that Madelyn and Ross are nothing more than friends. But following the pair’s recent outings together, fans have been speculating about the status of Madelyn’s relationship with Chase. The two stars play on-screen lovers Sarah and John B. in their hit Netflix series, and in June 2020 they confirmed they were dating after months of building romance speculation. 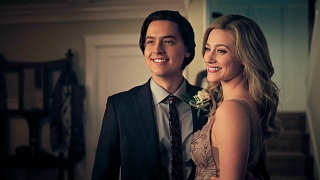 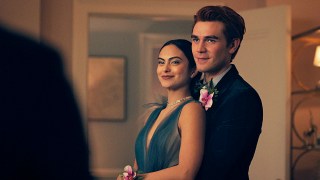 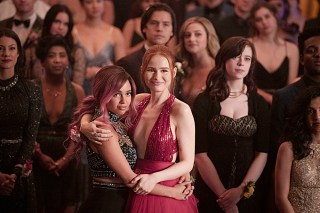 A month after the stars’ relationship was made public, Chase said he was “super excited” about the budding romance in an EXCLUSIVE interview with HollywoodLife. Madelyn then gave a happy update about her relationship with Chase in Nov. 2020. “It’s really cool. Love is tight,” the actress gushed during a video interview with Entertainment Tonight. She added, “It’s cool to share this experience with your favorite people and also your favorite person. I don’t really know — I feel very happy.”

One of Madelyn and Chase’s most recent public outings together was the 2021 MTV Movie & TV Awards in May, where the co-stars shared such an adorable moment. After the real-life couple won “Best Kiss” for their work on the show, they proceeded to make out on stage — much to the excitement of the crowd! Madelyn and Chase have been a fan-favorite couple for fans, so fingers crossed that they’re still going strong.