Selena Gomez looked gorgeous when she showed up to ‘The Late Show With Stephen Colbert’ to promote her new series, ‘Only Murders in the Building.’

Selena Gomez, 29, showed off a classic look of beauty on Sept. 7 when she showed up to The Late Show With Stephen Colbert in New York City. The singer and actress wore a black mini dress under an open button-down black sweater and black heels as she waved to onlookers outside before going in the studio to promote her new Hulu series, Only Murders in the Building. She had her long dark locks down and parted in the middle and wore red lipstick that went perfect with her outfit.

She was joined by her series’ co-stars Steve Martin, 76, and Martin Short, 71, for the taping of the late night show and they also greeted onlookers while flashing smiles to cameras. The show, which has already aired four episodes at this point, is about three neighbors who are all true crime buffs and live in a New York City apartment building. 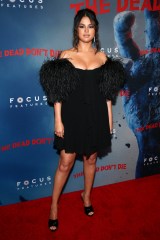 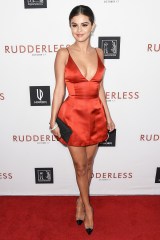 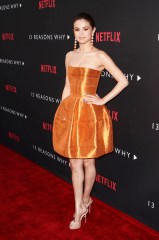 Selena’s latest appearance comes after she made headlines for appearing in an episode of Vogue’s Beauty Secrets in which she went makeup-free and shared her beauty secrets and evening routine. She also opened up about her self tanner fail at the 2018 Met Gala.

“For the Met Gala, I was getting ready and we wanted to add some color. So [I] put on some of this tanning lotion and it looked really beautiful and very even,” she explained in the episode. “As the evening kept going on it was getting a little darker and darker.” She further explained that she didn’t notice the darkness at first and that led to her not being happy with the way she later looked in photos from the event.

“I’m at the Met Gala — basically one of the most prestige, beautiful events and I’m walking trying to look all beautiful … I look at a photo of myself when I sit down and I am completely orange,” she continued. “I was like, ‘This is going to be terrible because I’m going to get eaten alive about this.’”

Luckily she was able to eventually put the experience behind her, learn from the process, and continue to take on awesome beauty risks!