The ‘America’s Got Talent’ judge realized her skirt was just a touch too short after a fan filmed a video of her taking a selfie with her co-stars!

Accidents happen to everyone! Heidi Klum, 48, had a good sense of humor, when she reposted a fan’s TikTok video of a pretty big wardrobe malfunction. The America’s Got Talent host shared the behind the scenes clip to her Instagram on Tuesday August 24. She clearly thought the mistake was hilarious, when she included laughing and crying emojis in her caption.

The fan-filmed clip showed Heidi sitting in her chair, during a day of AGT filming. Her fellow judge Sofia Vergara, 49, was standing up to take a photo. The Modern Family actress waved Heidi and comedian Howie Mandel, 65, to take a selfie together. Heidi and Sofia both looked gorgeous, rocking a frilly orange dress and a strapless pink gown, respectively. Unfortunately, Heidi seemed to forget how short her skirt was when she leaned across the desk to take a selfie, because her backside was seen by fans, as she took the photo with her co-stars. Heidi didn’t seem bothered at all and joked about it in her caption. “Note to self ….. don’t bend over in a short skirt,” she wrote.

It’s nice that Heidi was able to poke fun at herself. The model has shared plenty of behind-the-scenes videos, where she gets silly and dances on the AGT set. The videos occasionally only feature her, but she’s also tapped other judges to take part in her behind-the-scenes antics. On Wednesday August 25, she posted a short clip of herself and Sofia clinking beers together in what looks like a dressing room. 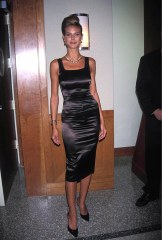 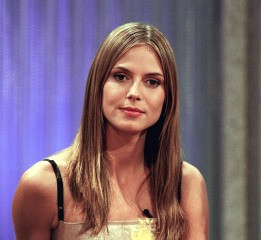 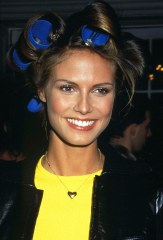 Other than working on the latest season of AGT, Heidi has had a very fun and eventful summer. At the beginning of August, her and her husband, Tokio Hotel musician Tom Kaulitz, enjoyed a romantic getaway to Italy, where the couple both relaxed and had fun. Heidi gave fans a peak into what their vacation was like, as she shared photos of some of her stunning bikinis and also posted series of photos of herself riding on a jetski.