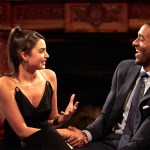 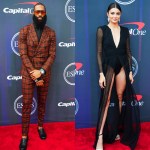 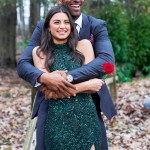 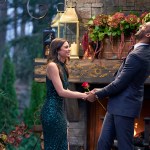 Since getting together on ‘The Bachelor,’ Matt James and Rachael Kirkconnell have gone through plenty of ups and downs in the public eye — and they dished to HL about how they’ve gotten through it!

Matt James and Rachael Kirkconnell are going strong after two breakups and two reconciliations since they finished filming The Bachelor in the fall of 2020. Being in a relationship in the public eye has not been easy for the reality stars, but they’ve managed to get through it with help from each other. “For us, it came with such scrutiny and everything at times,” Rachael told HollywoodLife EXCLUSIVELY. “But even through all that, we found ourselves wanting to be together and we really couldn’t let go of each other. So, I think that really holding on to that person and making things work when times are tough [is important].”

Matt agreed, adding, “One of the first conversations I had with Rachael’s mom was when she told me that it was a choice that you had to make every single day and that is real. Not every day is going to be sunshine and rainbows, but you have to continue to make that decision to love that person every day, regardless of what is going on.” Rachael also said that she and Matt do a “really good job at not letting anyone else get to [them],” even though there are “people who want to bring [them] down.”

Both Matt and Rachael have faced criticism for their decisions to stay with each other after some public controversies, but they’ve learned to ignore the critics. “I would just say [it’s important] to take everything day by day and not get wrapped up in any outside voices,” Matt explained. “None of that stuff ultimately matters. It’s just being present with each other.”

'The Bachelor' Season 25: Photos Of Matt James & His Ladies 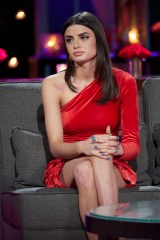 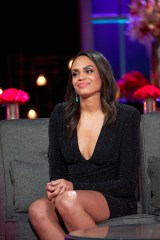 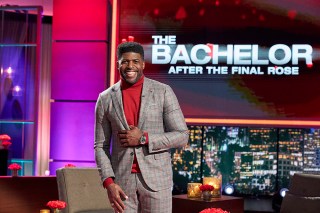 Matt and Rachael met on season 25 of The Bachelor, which filmed at the end of 2020. Rachael was Matt’s final pick, and although they didn’t get engaged, they left the show as a couple. However, as the season was airing in early 2021, information about Rachael’s past started coming to light. Photos surfaced of Rachael attending a party with a racist theme back in college, and it led to Matt breaking up with her before the finale aired.

A few weeks later, the two reconciled, and seemed like they were on their way to getting back together. Unfortunately, they hit another snag shortly after that when a woman came forward and claimed that Matt was pursuing her at the same time as he was trying to make things work with Rachael again. In the end, Rachael gave Matt an ultimatum, which led to them getting back together for good. “It was just a come to Jesus talk with Rachael where she was like, ‘If you’re going to make this work, let’s do it. But if you’re not going to make it work, then I’m going to let you do your own thing.'” Matt revealed in May. “It was an ultimatum and it was what I needed and it’s been great.”

Now, the two seem happier than ever, especially since they’ve learned to “block out the noise” and just focus on each other. “I feel like our relationship is a real friendship more than anything,” Rachael told us. “He is my best friend with the same humor and interests and everything!”