Baby Johansson-Jost has arrived! Scarlett Johansson has given birth to her first child with husband Colin Jost, her rep confirmed.

Scarlett Johansson and Colin Jost are parents! The actress, 36, welcomed her first child with her Saturday Night Live comedian husband, 39, “recently,” her rep confirmed to People. The exciting news comes just one day after Colin confirmed a report that claimed the two had a little bundle of joy on the way. The baby’s exact birthday has not been revealed, but Colin did reveal the newborn’s name and gender on Instagram.

“Ok ok we had a baby. His name is Cosmo. We love him very much,” Colin wrote. He then joked, “Privacy would be greatly appreciated. For all inquires please contact our publicist @chethinks”,  before adding these hashtags: “#wegotawaywithitforalongtime” “#nokidspolicy” and “#weregoingtodisneyworld.”

The baby is the first for the comedian and the second for the actress. Scarlett also shares daughter Rose Dorothy Dauriac, 6, with ex-husband Romain Dauriac. The news of the Marriage Story star’s second pregnancy broke in July, following initial baby no. 2 speculation after she missed several Black Widow press events in June. 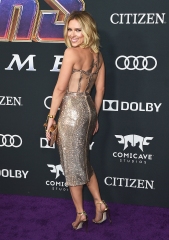 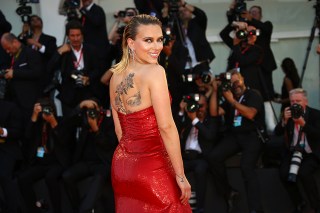 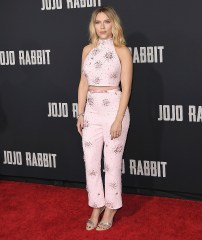 Scarlett and Colin quietly wed in October 2020 after about three years of dating. The non-profit Meals on Wheels broke the news on Instagram. “We’re thrilled to break the news that Scarlett Johansson and Colin Jost were married over the weekend in an intimate ceremony with their immediate family and love ones, following COVID-19 safety precautions as directed by the CDC,” the post read.

The non-profit added that the duo hoped to solicit donations for a good cause. “Their wedding wish is to help make a difference for vulnerable older adults during this difficult time by supporting @mealsonwheelsamerica,” the post continued. “Please consider donating to celebrate the happy couple.”

The couple first met on set of SNL in 2006 when Scarlett served as host, but the two were not romantically linked until late 2017. When she returned to host again in 2019, Scarlett thanked the show for introducing her to the “the love of my life” in her holiday monologue.

During a virtual appearance on Late Night With Seth Meyers in July, Scarlett dished about her “weird” pandemic wedding — one that included surgical face mask party favors. “Looking back at the photos, it definitely was a weird party favor that could only happen now, but you just gotta go with it,” she said.

Still, it felt right. “Even though it was small and intimate, it was beautiful and we were so happy to see people that we hadn’t seen in such a long time,” Scarlett said. “We just felt very fortunate to be able to get together like that. It felt like it was sort of how it was supposed to be, minus face masks.”