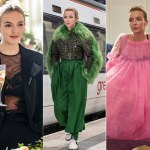 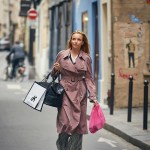 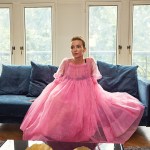 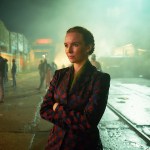 ‘Killing Eve’ star Jodie Comer teased that the fourth and final season of the spy thriller will ‘push boundaries’ while on BBC Radio 1.

Attention, Eve Polastri and Villanelle superfans: Jodie Comer has offered an update on the upcoming fourth and final season of the wildly gripping (and stylish) spy thriller Killing Eve. The English actress, 28, appeared on BBC Radio 1 in a segment published on Friday, Aug. 13 to dish on the last season — and even offered behind-the-scenes tidbits on previous episodes.

The series follows an MI5 security officer named Eve Polastri (Sandra Oh) who is tasked to track down the elusive and callous assassin Villanelle (Jodie). What develops is a cat-and-mouse game between the two that results in mutual obsession and admiration. While Jodie remained relatively tight-lipped about the series’ final bow, she teased that it will “push boundaries” in a whole new way.

“We’re doing season four at the minute and this one particular episode where we really push the boundaries a little bit in a whole new way,” Jodie teased. “So maybe we can have a chat after that.” The star also revealed that one of the best moments in the second season had not been scripted: Villanelle’s trip to the museum with Konstantin (Kim Bodnia), in which her character loudly exclaimed, “This is SO BORING.”

“The boring moment wasn’t scripted,” Jodie revealed. “Me and Kim were doing that scene and we had done it a few times. We were in a really quiet art gallery and I was just like, I was so tempted to do it so I just did it.” She added that Kim’s stunned reaction was “real.” Jodie said, “Kim loves that. He always likes to be surprised, so at any moment I’m like, ‘Oh, this is a great opportunity,’ so it was great that that actually ended up in [the episode].” 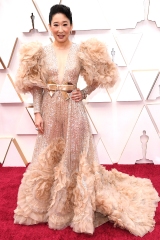 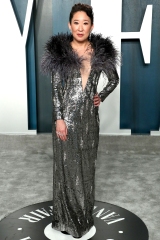 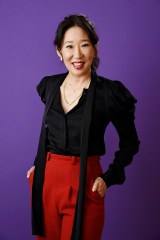 The last season of the series ended with Villanelle and Eve unable to part ways on a bridge after Villanelle told the MI5 security operative to walk away and never look back. It was a much more muted finale than season’s past, which included surprise stabbings and shootings. Not much has been revealed in terms of the fourth season’s storyline, but executive producer Sally Woodward Gentle previously offered this teeny tiny tease to Entertainment Weekly: “Change is possible.”