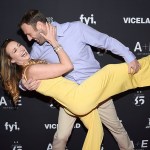 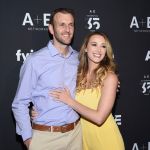 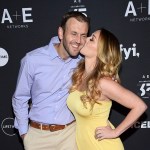 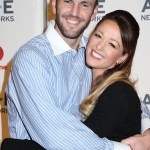 Jamie and Doug spoke EXCLUSIVELY with HL to share where their relationship stands two months after revealing the trust issues in their marriage.

Jamie Otis spilled the details on where she and husband, Doug Hehner, 37, stand two months after opening up about their marital issues and mental health. During a May episode of their Hot Marriage. Cool Parents. podcast, the Married At First Sight star, 35, admitted she has “a really hard time trusting that everything [Doug] says is true.”

Two months later, Jamie and Doug are speaking EXCLUSIVELY with HollywoodLife to explain why they decided to speak so candidly about their issues and to share an update on the status of their relationship. “When we started to really open up and share our real life, we were met with an overwhelming response of gratitude,” Jamie said while speaking with life coach, Dr. Gertrude Lyons.  “Those that were going through some of the same issues started to feel less alone, and felt they finally had a voice and a way to better communicate their own issues.”

“Mental health is no different,” Jamie told HollywoodLife. “In fact, it is arguably the most important topic to share, not just for those who have mental health issues, but for their friends and loved ones to better understand and/or empathize with those who have mental health issues. It has all been swept under the rug for too long, and not sharing doesn’t help anyone. Hell, the majority of our fans have been with us for the same amount of time we’ve known each other. They witnessed everything right from the start, and we believe they appreciate the honesty!”

In their podcast chat, the married couple revealed how they’ve been struggling over the past several months. Jamie told Dr. Lyons that she’s had “a really hard time trusting that everything [Doug] says is true.” She admitted that she’s more prone to “open up old wounds” because she’s facing so much pressure from motherhood, professional responsibilities, and the health concerns associated with the COVID-19 pandemic.

Doug told HollywoodLife why he’s “beyond grateful” after Jamie opened up about her concerns. “That’s what I love about her, she wears her heart on her sleeve,” the father-of-two said. “I am not a great sharer (if that’s a word), and certainly not great at being vulnerable and sharing about my issues. It has always been uncomfortable for me because I am so used to putting on an ‘Everything is Fine’ face. That type of communication has become far less uncomfortable to talk about because of Jamie. I am beyond grateful to have Jamie in my life!”

In March, Jamie took to Instagram and posted a beautiful family photo of her with Doug and their two children — daughter Henley, 3, and son Hendrix, 1. In celebrating their seven-year anniversary, Jamie also shared that they began couples therapy the same week. “There should be no shame attached to therapy for individuals OR for couples. Just because we’ve begun therapy doesn’t mean our marriage is in shambles and we’re about to divorce,” she wrote alongside the photo of them spending “quality family time” at the Yankees spring training in Tampa.