Billy Eichner opened up to HL about his viral moment meeting Meghan Markle & Prince Harry at the ‘Lion King’ premiere.

Billy Eichner became relatable AF after a video of his nervousness ahead of meeting Meghan Markle and Prince Harry went viral in 2019. The Billy On The Street star spoke to HollywoodLife in an EXCLUSIVE interview about that “surreal’ event and revealed what his moment with the headline-making couple was like. “They, as people, were completely down to earth and lovely and easy to talk to…but it was the whole pomp and circumstance around it!” the actor explained. “No one really coached us on what we were supposed to do and they seem so young and cool that doing anything to old school like curstying didn’t feel right… but you’re suppose to do something! I was just exciting and panicking.”

BTW they were both super down to earth and lovely and Meghan and I talked about our @NorthwesternU acting teachers (shout out to Mary Poole and David Downs!) ❤️

In the viral video from the royal premiere of The Lion King live-action movie, in which Billy played Timone, he was captured whispering to costar Seth Rogen about what he might say to the royal couple. “[I’m going to say] pleasure to meet you,” he said “I’m gonna say it, I’m gonna say it.” “What’s funny is that Meghan and I both were at Northwestern at the same time, and both theatre majors there. I think she’s a year or two younger than me, but we were there at the same time…So I thought, well, I’ll just ask her about being a theater major at Northwestern because it’s a pretty small community,” Billy explained. “It was a very fun, lovely, easy conversation. But again, it’s the pomp and circumstance around it, it was just bizarre and hilarious.”

The actor might have another opportunity to interact with royals as a prequel to The Lion King was just announced. “I found out about that when it was announced!” Billy admitted, “But, I believe Barry Jenkins, who’s amazing, is directing it. That’s really all that I know. It remains to be seen but you know, a Lion King prequel doesn’t surprise me.” 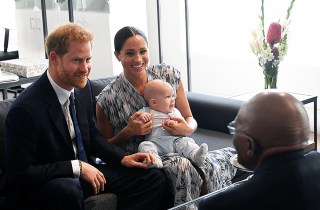 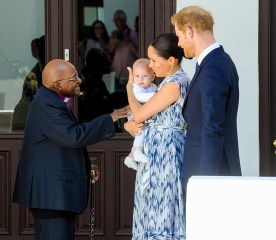 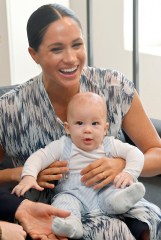 He spoke to HL in partnership with the non-alcoholic cocktail mixer, Neon Zebra, sharing advice on how to “IRL again” now that things are starting to open up again! “Like everyone else, I’m very excited to emerge back into the real world. See friends, go to some parties, add some fun to summer… and the ‘IRL again’ campaign is all about getting back to real life, whether you’re dipping your toes in or jumping back in immediately. And that’s exactly what I’ve been looking forward to doing!” Billy said.

Neon Zebra will also be offering consumers the opportunity to receive one of a limited quantity of IRL Starter Packs. The IRL Starter Pack includes fun and practical items to help fans transition from virtual to reality, including everything from an icebreaker game to make those first conversations super chatty, the latest playlist to set the mood and a place to lock away your phone. IRL Starter Packs will be available at www.IRLagain.com starting June 16.