Irina Shayk and Bradley Cooper have been spotted enjoying some family time, amid the Victoria’s Secret model’s new romance with Kanye West. The former couple, were spotted strolling together in New York City on June 17 with their adorable daughter Lea de Seine, 4. The A Star Is Born actor, 46, carried his little girl in his arms while the 35-year-old supermodel walked alongside the father-daughter duo. She wore a white Burberry tee adorned with a bright blue print of two mermaid tails that wrapped around the neckline. 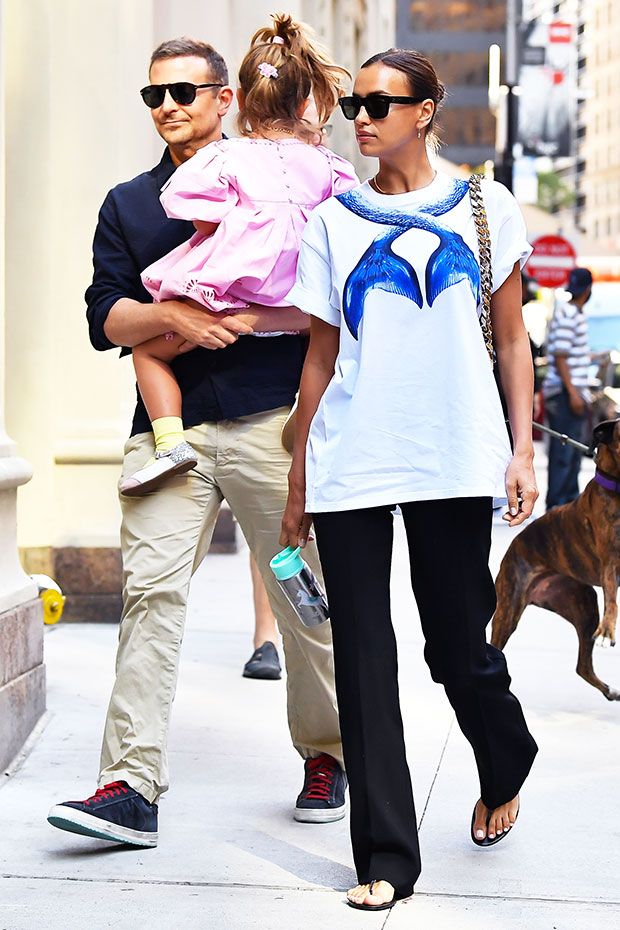 She paired the graphic t-shirt with loose black pants and black sandals, as she accessorized with a black purse and delicate gold earrings. Irina also donned oversized black sunglasses as she slicked her brunette tresses black into a bun. Her former beau cut a casual figure in a blue short-sleeved button-down top with khaki pants, and paired the ensemble with grey sneakers.

The Hangover actor also accessorized with dark sunglasses as he carried little Lea, who wore a bright pink dress with puffy sleeves. She also wore yellow socks with silver slippers, and a pretty, pink beaded bracelet. Her blonde tresses was slicked back into a ponytail, which was secured with a pink butterfly barrette. The trio’s latest outing comes days after Irina’s romantic getaway to France with the “Heartless” rapper. 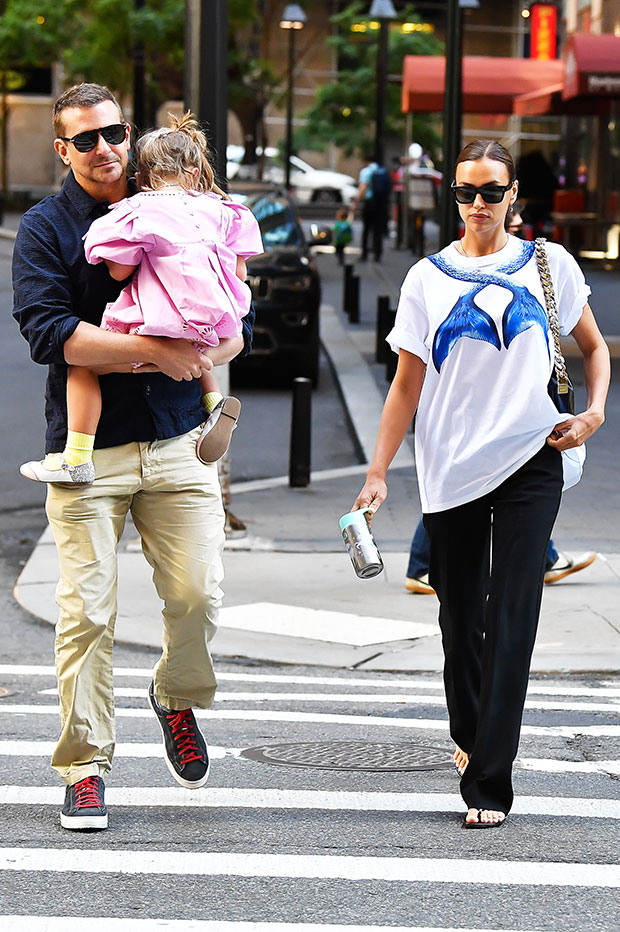 Irina and Kanye — who is fresh off his split from Kim Kardashian — were “smiling and strolling” around the grounds of a Provence hotel, TMZ reported earlier this month. Kanye reached out to Irina “about a month ago,” a source told HollywoodLife. “Irina was thrilled when Kanye reached out to her asking her to hang out. She’s excited and she’s been ready to move on and find someone.”

As fans would know, she and Bradley called it quits in 2019. They started dating in April 2015 and welcomed daughter Lea less than two years later in March 2017. Meanwhile, Kanye officially became a single man when Kim, 40, filed for divorce in February 2021. Much like Irina, the A-list stars are now co-parenting their four children together.

Related: Shannade Clermont: 5 Things To know About Woman, 28, Spotted Out With Kanye West