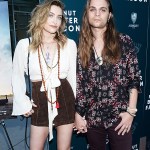 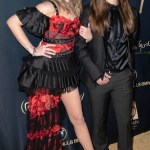 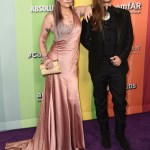 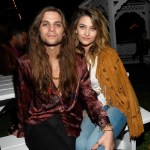 The 23-year-old spoke to Willow Smith on ‘Red Table Talk’ and revealed how the impact changed her.

Paris Jackson is opening up about her split from ex-boyfriend Gabriel Glenn, 10 months after they called time on their two-year romance. The 23-year-old appeared on the June 16 episode of Red Table Talk for a one-on-one intimate chat with Willow Smith. During the interview Paris told her friend that the breakup from her former Soundflowers bandmate gave her the courage to release her first solo album “Wilted,” which came out in November last year.

“Heartbreak was the main thing,” the singer told Willow, 20. “It was the deepest heartbreak I’d ever experienced but also one of the most powerful rebirths that I’ve ever had of finding my voice and finding my sound and embracing being a musician. I was scared to do that for a long time.”

The only daughter of the late King of Pop Michael Jackson added, “[It’s] been a hobby of mine for a long time and finally I’m just like nah, this is who I am. I’m a musician.”

Despite the bittersweet aspect of the painful breakup, Paris admitted that the end of her romance did close her off. “It did do that,” she told Willow. “It was the deepest I’ve ever loved someone. It was the most intense that I’ve felt so far and the most intense betrayal that I’d felt so far and experienced and it’s definitely closed me off to that… I’m very careful with who I spend time with now and I’m very guarded and just trying to protect myself. But music has always been there for me.”

Paris didn’t go into detail about the “betrayal” that she experienced. However, she and Gabriel were pretty candid about their relationship, which was featured in the Facebook Watch series, Unfiltered: Paris Jackson and Gabriel Glenn, which aired last summer. In an August 2020 episode the singer admitted that they were “constantly butting heads” and confessed that she didn’t believe he was her only “soulmate.” Nevertheless, at one point during the series she also admitted that she couldn’t “see” her “life without him.”

During the June 16 Red Table Talk episode, Willow and Paris both openly discussed their battles with depression, suicidal thoughts and experiences of self-harm and cutting. Both women have been open about these issues before but Paris said she believes that music saved her.

“It makes me feel less alone and makes me feel heard,” she said. “There were some dark, dark times where I did feel like music was all I had.” As for the pressure of living up to the standard set by her legendary dad who died in June 2009 at the age of 50, she conceded that it’s “probably still there, somewhere in the back of my head.” But, Paris said that “the louder thing that competes is I feel that my dad would be proud.” Red Table Talk airs on Facebook Watch on Wednesdays at 9am PT/ 12 noon ET.