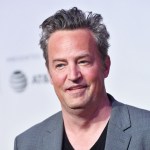 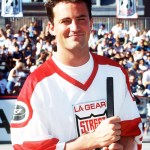 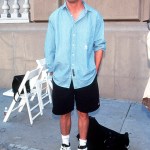 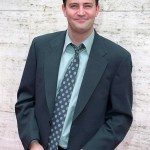 Matthew Perry announced the end of his engagement and over two-year relationship with literary manager Molly Hurwitz, just days after appearing in the ‘Friends’ reunion.

Just five days after the Friends reunion aired, Matthew Perry had sad news to share: he ended his engagement with 29-year-old literary manager Molly Hurwitz. “Sometimes things just don’t work out and this is one of them. I wish Molly the best,” Matthew, 51, who played Chandler Bing on Friends, told PEOPLE in a statement on June 1. HollywoodLife has reached out to Matthew’s rep for comment.

Matthew and Molly were engaged for six months before deciding to split. Matthew announced the engagement on Thanksgiving Day in November of 2020, telling PEOPLE at the time, “I decided to get engaged. Luckily, I happened to be dating the greatest woman on the face of the planet at this time.”

Leading up to the announcement, Matthew had been dating Molly — who works for Zero Gravity Management — for two years after beginning a relationship in 2018. However, they weren’t photographed together until the holiday season in December of 2019. They had an extremely private relationship; Molly’s Instagram page is even private, although she reportedly shared a Valentine’s Day shout-out for Matthew in Feb. 2020.

The news arrived after Matthew reunited with his co-stars Courteney Cox, Jennifer Aniston, Lisa Kudrow, Matt LeBlanc and David Schwimmer for the Friends reunion, which HBO Max aired as a special on May 27. Each cast member was reportedly offered “at least” $2.5 million for filming the reunion, according to The Wall Street Journal. The cast reminisced on their time on the beloved sitcom that aired between 1994-2004, and shared behind-the-scenes details that were new to fans (like the fact that Jen and David were apparently crushing on each other).

However, some fans expressed concern for Matthew’s health amid the reunion buzz, after the actor previously battled alcoholism and an addiction to pills. The reunion’s director, Ben Winston, responded to this concern, telling The Hollywood Reporter, “People can sometimes just be unkind. I wish they weren’t. I loved working with him. He’s a brilliantly funny man and I thought he had some great one-liners in the show. I felt just happy and lucky to be in his presence and directing him on something like this.”