LeBron James is toasting the graduate! The basketball superstar, 36, took to Instagram on May 27 after his son Bryce graduated from middle school. “CONGRATULATIONS to my guy guy Bryce Maximus on graduating middle,” he captioned the snap of Bryce with his equally proud mom Savannah Brinson, whom LeBron met in high school. “HS up next! Proud of you kid! Keep going to the [top],” the Los Angeles Lakers star continued, adding the hashtag, “#JamesGang.”

He and Savannah, 34, also share son Bronny, 16, and daughter Zhuri, 6. While speaking with businessman Maverick Carter on his talk show, The Shop: Uninterrupted, LeBron opened up about his relationship with his two sons. When asked if “they care that you’re a great basketball player,” he replied: “No. I get sad too, I get sad at times like what the f***.” 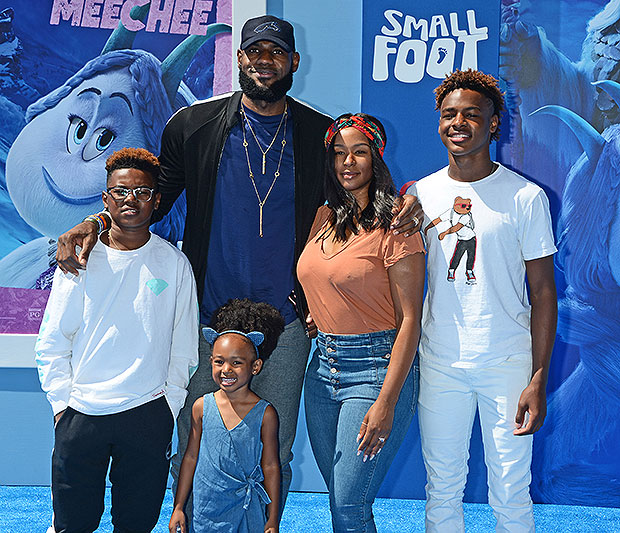 As for LeBron’s youngest of the trio, he explained, “My daughter, she loves me. Whatever the case, goes crazy for me. But her mom has another special little place for her. So I’ll be sitting here, like, ‘What about me?’ You forgot about pops?” The athlete also welcomed guests onto his show, and most recently sat down with Jay-Z. The rapper revealed he learnt how to swim when he was in his 40s, after wife Beyonce gave birth to their first child, Blue Ivy Carter, 9.

Related: LeBron James’ Wife Savannah: 5 Things To Know About Her & Their Marriage