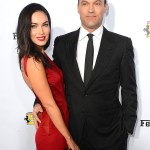 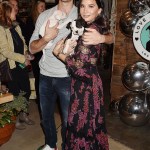 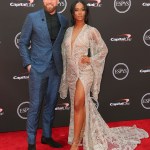 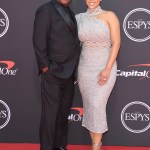 Trevor Noah and Minka Kelly have called it quits, less than one year after the TV personality and the ‘Friday Night Lights’ actress started dating.

Trevor Noah, 37, and Minka Kelly, 40, have broken up, HollywoodLife has EXCLUSIVELY confirmed. The Daily Show with Trevor Noah host and The Roommate actress, who never spoke publicly about their relationship, have called it quits less than one year after they started dating. The news was first reported by PEOPLE on May 16, and a source later told us, “Trevor has been casually dating in New York for a couple of weeks now. He’s been vague about the dynamics of the split with Minka, but he’s single.”

PEOPLE’s report also claims that Trevor was seen partying in Miami with DJ Steve Aoki and famed restauranteur Dave Grutman over the weekend at The Pool at Strawberry Moon at The Goodtime Hotel. Meanwhile, the Friday Night Lights actress was vacationing in Mexico with friends. “When it feels good to feel good,” she captioned a photo of herself wearing a bikini and posing below a palm tree. The former couple never confirmed, nor discussed their romance, however it was reported in August 2020 that they were “very serious” and “very happy.”

“They’re very happy,” the source told People at the time. “It’s a very serious relationship.” Just one week later, the pair were  pictured outside of Trevor’s apartment in New York City with luggage and a dog in tow. They were dressed casually in jeans, with Trevor sporting a grey hoodie and Minka rocking a white tee in the September 11 photos.

Prior to their relationship, Trevor famously dated real estate agent, singer-songwriter and model Jordyn Taylor, 29, but they broke up in 2018. Meanwhile, Minka dated a number of familiar faces, including Scrubs star Donald Faison, singer John Mayer, New York Yankees player Derek Jeter, That ’70s Show star Wilmer Valderrama, How I Met Your Mother’s Josh Radnor and, most famously, Grey’s Anatomy star Jesse Williams. The pair split from in January 2018 amid his divorce battle with Aryn Drake-Lee.