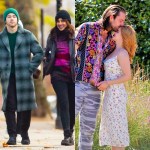 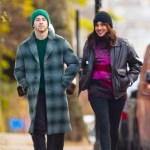 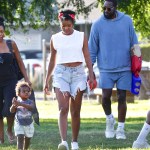 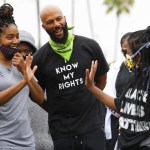 Trevor Noah and Minka Kelly have been pictured together for the first time since a report claimed they were in a ‘very serious relationship.’ On that very same day, Minka also ‘liked’ one of Noah’s tweets!

Trevor Noah, 36, and Minka Kelly, 40, have finally been pictured together in public! While The Daily Show with Trevor Noah host and The Roommate actress have yet to confirm the status of their relationship, the two seemed close as they were pictured outside of Trevor’s apartment in New York City with luggage and a dog in tow on Friday, Sept. 11. The rumored lovers were dressed casually in jeans, with Trevor wearing a grey hoodie and Minka sporting a white T-shirt in these photos published by TMZ.

They were also seen getting out of a black SUV, and it’s unclear if the pair went on a trip (Minka had a suitcase, backpack and gym bag). Whatever’s the case, this is the very first time Trevor and Minka were photographed in public together since a People report claimed that they’re in “a very serious relationship” and are “very happy” on Aug. 31. Trevor and Minka have not confirmed the report yet, but Minka did like one of Noah’s tweets on the very same day she was pictured with Noah!

On Twitter, Noah clapped back after U.S. Republican Senator Ted Cruz wrote that “many liberal males never grow balls” over an article headline that read, “Comedian Trevor Noah Offended By Gender Reveal Parties: Child Hasn’t Picked Gender Yet.” To that, Noah wrote back, “Remind me Senator are balls the things you had when [Donald] Trump destroyed you, insulted your wife’s face, said your dad killed JFK, hijacked your party and all you did was kiss his a–??” Minka clearly got a laugh out of the comedian’s smart quip, because she gave his tweet a “like”!

Remind me Senator are balls the things you had when Trump destroyed you, insulted your wife’s face, said your dad killed JFK, hijacked your party and all you did was kiss his ass?? 😂 https://t.co/sGB8i9sduQ

Minka also posted a cheeky message to her Instagram on Sept. 9. “You miss so much with your face always buried in your phone,” read a comic on Minka’s Instagram page, as many fans are busy using their phones to figure more details about Trevor and Minka! Hopefully, there’ll be more to learn, although both Trevor’s and Minka’s dating history is quite well known. Trevor most famously dated real estate agent, singer-songwriter and model Jordyn Taylor, 29, but they broke up in 2018.

Meanwhile, Minka has dated a handful of famous stars since the 2000’s: Scrubs star Donald Faison, singer John Mayer, New York Yankees star Derek Jeter, That ’70s Show star Wilmer Valderrama, How I Met Your Mother star Josh Radnor and, most famously, Grey’s Anatomy star Jesse Williams, whom she was reported to have split from in Jan. 2018 amid his divorce battle with Aryn Drake-Lee. She was also once romantically linked to her Friday Night Lights star Taylor Kitsch.