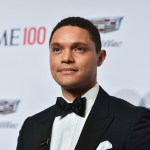 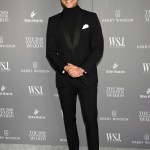 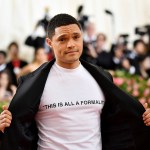 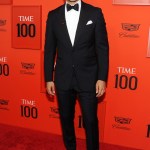 Trevor Noah and Minka Kelly are reportedly dating but have yet to publicly comment on their private relationship.

Trevor Noah, 36, and Minka Kelly, 40, are reportedly dating and it’s “serious”. The talk show host and actress have kept their relationship private but a source told People that things are going well between them. “They’re very happy,” the source said. “It’s a very serious relationship.”

Trevor and Minka’s reported romance comes after both of them made headlines in the past couple of years for splitting up with their significant others. Trevor was involved with Jordyn Taylor in 2017 but they eventually broke up for unknown reasons. Minka previously dated Grey’s Anatomy star Jesse Williams for months before they split up in Jan. 2018 amid his divorce battle with ex Aryn Drake-Lee.

The new lovebirds have yet to confirm their relationship and have been pretty good at keeping things under the radar when it comes to their social media accounts. Trevor has kept his posts related to politics and his job as host of The Daily Show. He’s also often posted about social justice issues and his opinions on racism after George Floyd‘s tragic death.

Minka, on the other hand, has posted about her own projects and issues she’s believed in on her social media page. She’s also shared photos of books she’s reading during quarantine and often inspires her fans with her recommendations. In addition to that, like Trevor, she’s touched upon the issue of racism with posts such as the one she shared in honor of police shooting victim Breonna Taylor‘s 27th birthday.

Trevor and Minka most likely have succeeded at keeping their relationship private in recent months because of the public outing restrictions that the coronavirus pandemic has caused. It will be interesting to see how they choose to go about with their situation in the near future. HollywoodLife has reached out to both Trevor and Minka’s reps about their reported romance but have yet to hear a response.