Emma Stone, 32, stepped out in Beverly Hills on May 14, just two months after giving birth to her first child, a baby girl, with her comedian husband Dave McCary, 35. The Oscar winner cut a casual figure in a loose green sweater, and a pair of light wash mom jeans while leaving an office building in Los Angeles — see all the pics here. She stepped out sans makeup, and pulled her long, red tresses back into a loose braided ponytail. 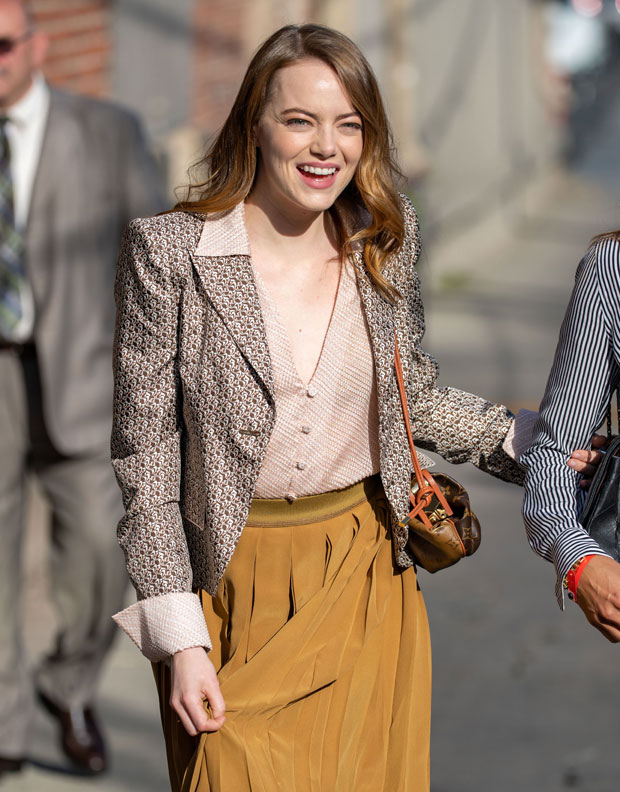 The La La Land star accessorized with a black Louis Vuitton handbag, in the Coussin MM crossbody style. The accessory, which retails for nearly $4000, featured the brand’s iconic monogram, a wide strap, and gold chain detailing. She complemented it with a strappy pair of black sandals. As fans would know, the outing comes just two months after Emma welcomed a baby girl on March 20.

Although Emma hasn’t spoken publicly about her little bundle of joy, and insider told Us Weekly last month that the new parents were doing well. “Having a baby has brought them closer in a way they never expected,” a source told the outlet, explaining that Emma “has been at home with her husband and the baby,” and has remained “very low-key and has asked people to just respect their privacy during this time.” 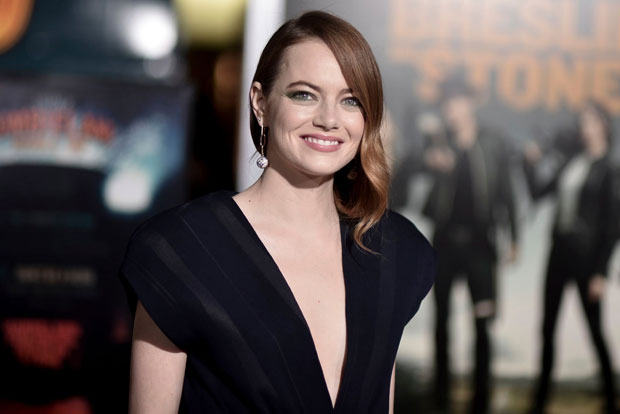 Her husband, who is a writer on Saturday Night Live, has been “hands-on and helping with their daughter” while Emma has been “soaking in all the precious moments of being a mom for the first time”. The notoriously private pair have been dating since 2017, and met when Emma hosted SNL.

According to reports, he directed her during the “Wells for Boys” skit on the show — and the rest, as they say, is history. The pair fell in love, and later got engaged in December 2019, which they revealed when Dave posted an adorable selfie with Emma and her sparkling ring. They got married in September 2020, after the COVID-19 pandemic foiled their initial wedding plans, and now they’re a family of three!