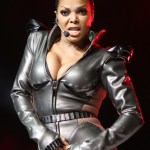 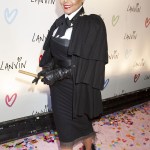 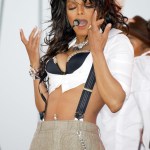 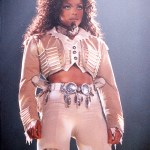 Months after Justin Timberlake apologized for ‘failing’ Janet Jackson with the ‘Nipplegate’ scandal, her brothers reflected on the ‘hurt’ she felt and thanked Justin for ‘stepping up.’

Nearly two decades after Justin Timberlake exposed Janet Jackson’s nipple during the Super Bowl XXXVIII halftime show, Justin, 40, apologized to Janet, 54, for “failing” her in the scandal’s fallout. The gesture was not lost on her brothers – Jackie, Tito, and Marlon Jackson. The subject of Justin’s apology came up when The Jackson 5 members spoke with Andy Cohen on Wednesday’s (May 12) edition of  SiriusXM’s Andy Cohen Live. “First of all,” said Marlon, “I just want to thank Justin Timberlake and appreciate his appreciation. It takes a man to step up and do that, so we do thank him for doing that. But, we’d like to move forward because that did – it was out there, the negativity about it.”

“But, you know,” added Marlon, “as they say in the old days, ‘long as they’re talking about you, good or bad, you’re still in the public’s eye. And we thank you, Justin, for what you’re doing.” The Jacksons – who called in to discuss the expanded digital editions of Triumph, Victory, and 2300 Jackson Street – also spoke about how the “Nipplegate” controversy really impacted their sister. “[It was] nice [Justin] did something like that,” said Jackie, “because it kind of hurt Janet in the past. So for him to step up and say that, it means a whole lot.”

Justin issued his apology on Feb. 12, right after the release of the Framing Britney Spears documentary, which shone a light on his past behavior regarding Britney Spears and Janet. I’ve seen the messages, tags, comments, and concerns, and I want to respond. I am deeply sorry for the times in my life where my actions contributed to the problem, where I spoke out of turn, or did not speak up for what was right,” wrote Justin. “I specifically want to apologize to Britney Spears and Janet Jackson both individually, because I care for and respect these women and I know I failed.”

A day after Justin apologized, Janet posted a video of herself on her Instagram account. “I was at home just the other day, by myself, and I began to cry. I was crying because I was so thankful for all that God has blessed me with, all that he has given me,” she said while wearing a protective facemask. She also thanked her fans because their concentrated efforts brought her 1986 album Control to the top of Apple’s iTunes chart.

For many, every Super Bowl becomes “Janet Jackson Appreciation Day,” a gesture of love and respect towards a woman who took the brunt of the public outcry after the 2004 Halftime show stunt. 17 years after the scandal, fans purchased, streamed, and downloaded the album many consider to be Janet’s commercial and critical breakthrough. “I want to thank all of you for making Control number one once again after 35 years,” said Janet. “I never, ever in a million years, thought this would happen. I really appreciate you, and I thank you so, so much.”