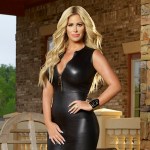 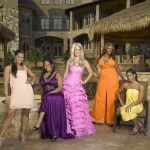 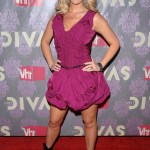 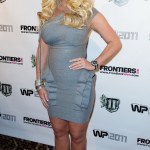 Will Kim Zolciak-Biermann return to ‘RHOA’? Kim reveals the one special exception she’d make to film the Bravo show again ‘all day long,’ and also shares if she’d ever film ‘All Stars’ and a show with NeNe Leakes.

Kim Zolciak-Biermann hasn’t been back on The Real Housewives of Atlanta since Season 5, and intends to keep it that way — with one exception. “I miss season one where we didn’t know what it was going to be,” Kim EXCLUSIVELY told HollywoodLife during an episode of TVTalk via Instagram Live on May 6, as she promoted the launch of her KAB Cosmetics brand — which her daughters Ariana Biermann, 19, and Brielle Biermann, 24, also work on — in 2,500 Walmart stores. Kim went on to explain how Season 1 was different than the next four seasons, which eventually drove her away from the Bravo reality television series in 2013.

“NeNe [Leakes] and I, we had a blast in the gym and this is how it started. We had everybody in there laughing,” Kim explained, referring to the fact that she and NeNe met at the gym and were friends before RHOA even premiered in 2008. Kim continued, “It just got to be so different. Everybody’s life just changed.”

With that said, Kim said she’d be more than willing to return to RHOA — the old one that she used to know. “If I could go back to season one? All day long. We had a blast. But other than that, no,” she told HollywoodLife, while also promoting the upcoming launch of a new collection in her Salty K Swim brand, coming in June. And when asked about returning for just a lunch or dinner — not a full-time role — Kim was still hesitant as she replied, “I love Porsha [Williams]. Porsha all day long. But the rest? It’s like a snooze fest to me, no.”

Kim did, however, make brief cameos as a “friend” on Seasons 9 and 10 of RHOA. “I went back. I thought for sure after five years that everybody would’ve been in a better state,” Kim also said during our Instagram Live session. She added, “I don’t deal with drama in my life. I don’t deal with drama on [her family Bravo show] Don’t Be Tardy. Minor dramas or accidents have happened on Don’t Be Tardy but I love to be positive.”

But would Kim be willing to consider a different Real Housewives show — say, something like Real Housewives All-Stars, which just finished filming its debut season? “They actually stayed at the same house that [husband] Kroy [Biermann] and I renewed our vows at in Turks & Caicos in 2017. I would not be opposed to that if it was a cast — On that cast? That would’ve been a lot of fun. Ramona [Singer]? Love her. Kyle [Richards], Melissa [Gorga], Teresa [Giudice]. That would’ve been really fun. I would’ve definitely done that. I mean, I’m not opposed to it,” Kim admitted, referring to some of the Bravo ladies who were on the All Stars debut season (Kenya Moore, Cynthia Bailey and Luann de Lesseps also joined).

Speaking of spinoffs, Kim was supposed to film a travel-themed one called Road to Riches with Nene that was ultimately cancelled in 2015. After embarking on her own road trip with her family in the summer of 2019, Kim can’t imagine doing the same with her former co-star — however, this was mostly due to difficulties in scheduling the potential spinoff.

“Being on the road with my family for six weeks was really, really tough. Being on the road with NeNe, we’d probably kill each other! We just love each other,” Kim teased, before explaining, “We’re both very strong willed. We have a really good time together, but being on the road? Our show — We were supposed to do it and my babies were so little and Kroy with the NFL, they’re gone through the end of August. They’re gone, so they don’t even come home. That was the one time. I said I could only film during this window. A parent has to be here and that was kind of the time that they wanted to start and I just couldn’t do it.”

Kim was also filming Dancing with the Stars in 2015, something that she had wanted to do for seven years, she told us. “I didn’t think that they were ever going to ask me again and I talked to Lisa Rinna and I love her to death and I was like, ‘Lisa, should I do the show?’ And she said it was the best experience of her life and I decided to go do that instead,” Kim explained, which is why her show with NeNe ultimately did not happen.

Since traveling turned out to be too inconvenient for Kim and NeNe, we asked if Kim would be open to filming a show without an on-the-go, wheels-based premise. “I haven’t seen her,” Kim admitted, but added, “We talk and there’s no animosity whatsoever. NeNe is hilarious. She’s a very sensitive person, but she’s very funny. Never say never. I learned to never say never, but, I really enjoy being paid to film with my family. Is there a better job in the world? I don’t think so.”