Carl Lentz‘s wife Laura Lentz has spoken out for the first time since the former Hillsong pastor was fired from the church amid a cheating scandal. She marked their 18th wedding anniversary on May 5 with a lengthy Instagram caption, accompanied by a snap of palm trees against a blue sky. “There are many symbolic meanings to these amazing trees,” Laura began. “A few that have resonated with me during this season of my life: they are strong, can weather the biggest storms, they always grow upwards. Freedom, righteousness, reward, resurrection just to name a few…”

The mom of three told her followers that she took a break from social media after news broke that her husband, who was famously friends with Justin Bieber, had been fired. She explained that it was “not good for [her] soul,” and that she’d had to block a number of users. “Trolls are cowards, SOME ‘Christians’ are anything but kind, gracious, or loving … but that won’t stop me from growing upwards & getting stronger,” she wrote. “I have learnt a lot about myself over the past few months. Now more than ever I know the kindness of God, His grace, forgiveness & strength.”

The Australia native also said she relied on her “true” friends, adding, “I will not forget who abandoned us, but I choose to keep my heart free of bitterness & remain thankful for those that have stayed & loved us. I don’t want to judge others nor do I want to be judged,” she wrote. “I would rather be accused of being too gracious toward someone, over being accused of judging someone too harshly.” 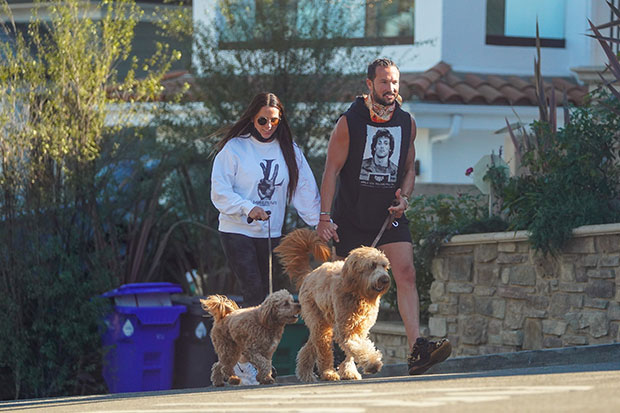 She concluded her caption, “I want to be known as a woman who sees the good in people & truly loves people unconditionally.” Many would recall the news of Carl’s firing in October 2020 for a “moral failure”. He later clarified in a lengthy statement on Instagram that he cheated on his wife.

“Our time at Hillsong NYC has come to an end. This is a hard ending to what has been the most amazing, impacting and special chapter of our lives,” Carl wrote on November 5. “Leading this church has been an honor in every sense of the word and it is impossible to articulate how much we have loved and will always love the amazing people in this church.”