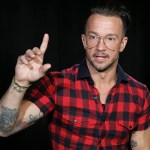 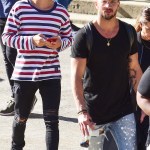 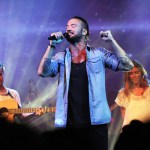 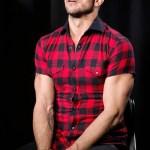 After Carl Lentz was fired from the celebrity-favorite Hillsong Church over ‘moral failures,’ the ex-pastor confessed that he has been ‘unfaithful’ in his marriage and shared what his ‘journey’ looks like now.

Carl Lentz, famous for once being Justin Bieber’s spiritual advisor and pastor, didn’t leave the public in the dark as to why he was fired from Hillsong East Coast (which is part of the international chain of Hillsong churches). After Hillsong church’s founder Brian Houston announced that Lentz was fired partially over “moral failures” via a statement issued on Nov. 4, the former pastor revealed that this meant his failure to stay faithful to his wife, Laura Lentz, who was also a pastor at Hillsong East Coast’s New York City branch. Lentz made the confession underneath a photo with his wife and their three children, which the ex-pastor shared on Instagram a day after his firing was announced.

“Our time at HillsongNYC has come to an end. This is a hard ending to what has been the most amazing, impacting and special chapter of our lives,” Lentz began the post. He went on to detail what it means to “accept the calling of being a pastor,” until he eventually made his shocking admission: “When you lead out of an empty place, you make choices that have real and painful consequences. I was unfaithful in my marriage, the most important relationship in my life and held accountable for that. This failure is on me, and me alone and I take full responsibility for my actions.”

It doesn’t sound like this infidelity is splitting up the family, however. “I now begin a journey of rebuilding trust with my wife, Laura and my children and taking real time to work on and heal my own life and seek out the help that I need,” Lentz continued. “I am deeply sorry for breaking the trust of many people who we have loved serving and understand that this news can be very hard and confusing for people to hear and process.” After issuing more apologetic statements, Lentz concluded his message with a hopeful statement: “We, the Lentz family, don’t know what this next chapter will look like, but we will walk into it together very hopeful and grateful for the grace of God..”

Laura was just as involved with the Hillsong church as Lentz. In fact, the two met while undergoing the training program at Hillsong College, and tied the knot in 2003. Lentz, meanwhile, partnered with Houston’s son Joel to launch the first ever Hillsong East Coast church (known as HillsongNYC) in 2010, according to Religion News Service. In addition to being a lead pastor at the church, Lentz gained notoriety for his spiritual mentorship of Bieber, and even lived with the pop star at one point in New Jersey in 2014. Although the former pastor threw shade at Bieber’s engagement to his now-wife, Hailey Baldwin, in 2018, it appears that Bieber still has a relationship with the Lentz family. Laura shared a TikTok of the “Lonely” singer dancing with her son in June!

“Moral failures” wasn’t the only reason Lentz was terminated, however, according to Houston’s statement. “We thank Pastors Carl and Laura for the way they have served faithfully and sacrificially since the start of Hillsong NYC and for contributing so significantly to the countless lives that have been transformed for Jesus Christ through this ministry. They have a heart for people and we are confident that after a time of rest and restoration, God will use Carl in another way outside of Hillsong church. In terminating his tenure, we in no way want to diminish the good work he did here. This action has been taken following ongoing discussions in relation to leadership issues and breaches of trust, plus a recent revelation of moral failures,” the Hillsong founder explained in Wednesday’s statement.