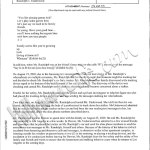 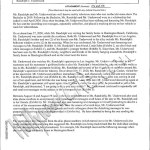 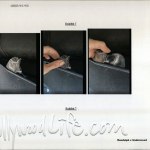 Cassie Randolph took to YouTube to react to the ‘topic in the media that brought [her] name up.’ The ‘Bachelor’ star was referring to her ex, Colton Underwood, coming out as gay nearly a year after their breakup.

Twelve days after Colton Underwood came out as gay, his ex Cassie Randolph decided it was time to react to the announcement. “Before I get into anything, I just want to say thank you so much for all of the kind comments and messages from you guys. I really appreciate it,” the former Bachelor star began to say in a YouTube vlog that she uploaded on April 22. While Cassie didn’t bring Colton up by name, it was clear she was referring to her ex’s headline-making interview when she said, “Regarding the topic in the media that brought my name up this week, I just wanted to let you know that I’m not gonna be further discussing it or commenting on it for now.”

Cassie admitted that she wasn’t ready to dive into how she felt after Colton came out as gay because “there’s a lot of layers to it.” She further explained, “I just think feel like the best thing for me at this time is to move forward and just focus on going forward. So, if I do decide in the future to say anything or make a comment at all, you guys will be the first to know.”

Cassie broke her silence after Colton sat down with Good Morning America on April 14 to reveal his truth. “I’m gay,” he announced on the morning talk show. “I came to terms with that earlier this year and have been processing it. The next step in all of this is sort of letting people know. I’m still nervous, but it’s been a journey for sure.”

“I would’ve rather died than say I’m gay [before],” Colton later said in the interview, and even opened up about having suicidal thoughts. Colton later revealed that Cassie did not know he was gay in an extended version of the interview that aired later that night on ABC’s Nightline. However, Colton confirmed that he truly “did love” the woman whom he met on his season of The Bachelor (which filmed at the end of 2018).

“Yes, and it only made it harder and more confusing to me,” Colton continued while discussing being gay while simultaneously being in a relationship with Cassie. He added, “I would just say that I’m sorry from the bottom of my heart. I just wish that I would have been courageous enough to fix myself before I broke anybody else.”

JUST IN: Former “Bachelor” star @Colton Underwood speaks his truth and comes out to @robinroberts: “I’m gay. And I came to terms with that earlier this year and have been processing it… I’m the happiest and healthiest I’ve ever been in my life.” https://t.co/PoYJUAPBpA pic.twitter.com/isP7SptUu7

Colton and Cassie infamously experienced a major fallout after their breakup in May of 2020. Cassie filed for a temporary restraining order against the former football player in September of that year, and accused her ex of placing a tracking device under her car (among other allegations) in the request for the restraining order that HollywoodLife reviewed. While Cassie was granted a partial restraining order, she dropped it because they “were able to reach a private agreement to address any of Cassie’s concerns,” according to a statement that Colton issued to HollywoodLife in Nov. 2020.