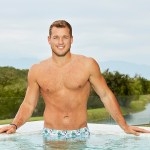 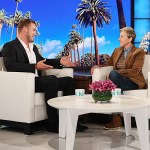 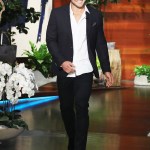 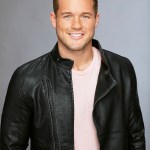 On the April 14 episode of ‘GMA,’ former ‘Bachelor’ star, Colton Underwood, revealed that he is gay.

Colton Underwood, who starred on season 23 of The Bachelor in 2019, has come out as gay. The former football player sat down with Robin Roberts on the April 14 episode of Good Morning America for the deeply personal conversation, where he opened up about his sexuality. “I’m gay,” he said. “I came to terms with that earlier this year and have been processing it. The next step in all of this is sort of letting people know. I’m still nervous, but it’s been a journey for sure.”

JUST IN: Former “Bachelor” star @Colton Underwood speaks his truth and comes out to @robinroberts: “I’m gay. And I came to terms with that earlier this year and have been processing it… I’m the happiest and healthiest I’ve ever been in my life.” https://t.co/PoYJUAPBpA pic.twitter.com/isP7SptUu7

Now that he’s come to terms with who he is, Colton said he’s the “happiest and healthiest” he’s ever been. However, that wasn’t always the case. “I would’ve rather died than say I’m gay [before],” he said, and confirmed that he considered “harming himself” at one point. “There was a moment in LA when I woke up and I didn’t think I was going to wake up,” Colton admitted. “I didn’t have the intentions of waking up and I did. I think for me, that was my wake up call. This is your life, take back control. Looking back even beyond that, [there were] suicidal thoughts. If I was driving my car close to a cliff and think, ‘If this goes off a cliff, it’s not a big deal’. I don’t feel that anymore.”

“I’ve known that I’ve been difference since the age of six and I couldn’t process it and put my finger on what it was until high school, my freshman year,” Colton continued. “By that time, I’d already grown up in the Catholic church and gone to Catholic grade school. I learned in the Bible that being gay was a sin. I would make mistakes in my sports and athletic career, and ‘gay’ was always affiliated with a connotation of negativity. I think there’s a lot of things when I look back, I’m like, no wonder I’ve held it in.”

In March 2020, Colton released his book, The First Time, where he opened up about the longtime speculation about his sexuality. Public buzz that Colton might be gay began when he appeared on The Bachelorette in 2018 and revealed that he was still a virgin. In the book, Colton admitted that he’d been dealing with the rumors since he was in high school, but insisted that he was straight.

He also addressed a time when his dad caught him searching things like ‘How do you know if you’re gay?’ and ‘Why don’t I like sex with my girlfriend?’ online. This research assured the reality star that he was “definitely attracted to girls,” he wrote in the book. Despite being afraid to come out in the past, though, Colton has received an outpouring of support from his loved ones, including his dad, now. “The underlying, most common [response] was, ‘I wish you would’ve told me sooner,'” he said. “When I hear that, I wish I would’ve had faith in my friends and family a little more.”

Colton also has the support of The Bachelor franchise. “We are so inspired by Colton Underwood’s courage to embrace and pursue his authentic self,” the show’s executive producers said in a statement to HollywoodLife. “As firm believers in the power of love, we celebrate Colton’s journey in the LGBTQIA+ community every step of the way.”

Colton previously dated gymnast Aly Raisman, as well as his final Bachelor pick, Cassie Randolph. However, by May 2020, Colton and Cassie had ended their relationship after a year and a half of dating. Although Colton and Cassie initially said they planned to remain friends after the breakup, things got messy pretty quickly. In July, Cassie and Colton got into a public Instagram spat after she appeared on The Bachelor: The Greatest Seasons — Ever! Although Cassie remained vague about the split during the interview, Colton was not happy with her decision to do the interview. He then revealed that he planned to write about the breakup in a follow-up chapter to his previously-released book, and Cassie called him out for trying to “monetize” the split.

In September, Cassie was granted a restraining order against Colton after she filed court documents that accused him of stalking her. Cassie claimed that Colton had attached a tracking device to her car, showed up to her home and her parents’ home uninvited, and sent her harassing text messages. By November, Cassie dropped the restraining order without prejudice, which meant that she did not intend to re-file it at a later time.

“The two of us were able to reach a private agreement to address any of Cassie’s concerns,” Colton confirmed to HollywoodLife. “I do not believe Cassie did anything wrong in filing for the restraining orders and also believe she acted in good faith.”

During the GMA interview, Colton apologized to Cassie for how he handled things in their relationship. He also apologized to all the women who he dated on The Bachelor and Bachelor in Paradise. “Do I regret being the Bachelor? Do I regret handling it the way that I did? I do think I could’ve handled it better,” he admitted. “I just wish I wouldn’t have dragged people into my own mess of figuring out who I was. I genuinely mean that.”