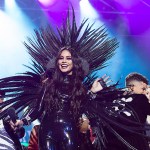 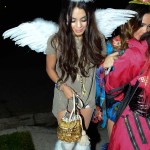 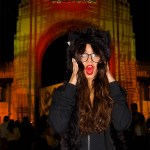 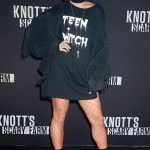 Vanessa Hudgens is so loved up! The ‘High School Musical’ alum is dating baseball star Cole Tucker, and he ‘treats her like a queen’.

Vanessa Hudgens couldn’t be happier than she is with her new beau, Cole Tucker. The actress, 32, has been dating the 24-year-old Pirates outfielder since 2020, and a source close to Vanessa revealed why he’s “different” to her previous boyfriends. “Cole treats Vanessa like a queen, he adores her. People were a little skeptical of him at first. I mean, a pro athlete and he’s only in his early twenties, no one really expected it to last,” the insider dished to HollywoodLife exclusively. “But he has been very serious about her from the get-go and that has not wavered. He adores her and says all the time that she is his dream girl, it’s sweet.”

The source added, “Vanessa is very taken with him too. Last month she went to see him while he was at Spring training in Florida. All the other wives and girlfriends were very welcoming, she had a blast. It’s a new experience for her, she’s used to guys that are in the business, so she really loves that Cole is different that way. It’s a whole new world for her to join. She’s definitely in love and very, very happy.”
The High School Musical alum previously dated Zac Efron at the beginning of her career, and fellow actor Austin Butler for almost a decade. However, another source dished to HL that Vanessa had totally “fallen” for the athlete, and she couldn’t be happier. “Vanessa has definitely fallen for Cole and although it may seem like they might not have much in common, that’s true on some level which keeps the attraction, but they actually do and it’s why they work so well together,” the insider explained.

They continued, “Cole is incredibly talented and aside from being a great baseball player, he loves music and kills it on the drums. He’s always making her laugh and they always have a blast together. They do everything from romantic date nights, to staying home and cuddling, to group dates with friends, and even fun activities like sitting ringside at Wrestlemania which they just did last week. Vanessa always has a smile on her face when she’s with Cole and they make a really adorable couple.”