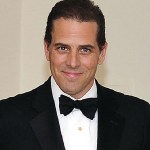 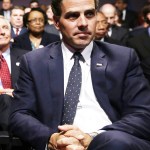 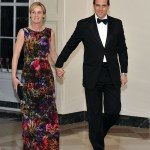 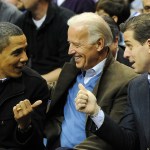 Hunter Biden described his relationship with Hallie, his late brother Beau’s widow, a ‘star-cross coupling’ forged by their shared grief after his 2015 death.

In the wake of his brother, Beau Biden‘s death, Hunter Biden and his widow formed a bond. Hunter writes in his memoir Beautiful Things that he and Hallie Biden relied on each other in their grief after losing Beau to brain cancer in 2015. That shared comfort eventually turned to romance and dominated headlines. Writing that he and Hallie were “not close” while Beau was alive, she quickly became his closest “confidant” as he mourned his older brother and spiraled deeper into substance abuse.

President Joe Biden‘s son recalls in his memoir a fateful night in 2016 where he begged Hallie to pick him up in Arizona. He had been on a two-week bender and driven across the country. He settled in Arizona after crashing his car and detoxed at a wellness ranch in Sedona. He was ready to come home. And it was Hallie he called to bring him back to the East Coast — not his then-wife, Kathleen Biden.

“I was at my lowest, she was at her neediest, and we clung to each other with abandon,” Hunter wrote of their weeklong road trip. “We talked at length about how much we had come to rely on each other, how our heath and well-being seemed dependent on the love we’d grown to share… By the time we returned to Delaware at the end of the week, we were no longer just two people bound by shared grief. We were a couple.”

Kathleen filed for divorce shortly after discovering the affair. Soon, Hunter and Hallie’s relationship was made public and they had to dodge the paparazzi constantly. He moved in with Hallie and her kids, Hunter and Natalie, in Annapolis and tried to maintain some sense of normalcy. “Our lives of quiet desperation were suddenly on full display,” Hunter wrote. “I was madly trying to hold on to a slice of my brother, and I think Hallie was trying to do the same.

“Neither of us had yet thought of the relationship as a longterm or permanent commitment until it was made public, and then neither of us was prepared to let the other go,” he continued. Ultimately, their relationship fizzled out despite their attempts to make it work. While they were no longer close, Hallie continued to help Hunter in his addiction struggles. She was the one to drive him to rehab in Maryland after the Biden family staged an intervention in 2019.

While their short-lived relationship was treated as a scandal, Hunter argued that he believed they were brought together for a reason. “There’s no question about the unseen force in the middle of it all: Beau. It seems obvious now, but then it was this unspoken, unacknowledged dynamic that had begun to impel us both: the idea that we could keep Beau alive by being together — that by loving each other we somehow could love him back into existence.

“If ever there was a star-crossed coupling, it was ours. It made perfect sense except how it made no sense at all. It was an affair built on need, hope, frailty, and doom.”