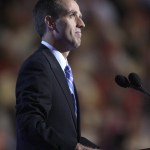 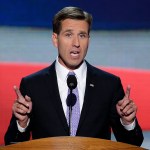 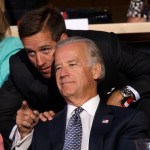 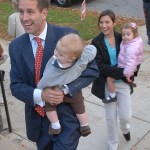 Keeping it in the family! Beau Biden’s widow Hallie is now seriously involved with his younger brother Hunter. We’ve got 5 things to know about the woman behind the shocking romance.

Whoa! Hallie Biden has moved on following the devastating loss of her husband Beau, who passed away at age 46 from brain cancer in 2015. It turns out all of the emotional bonding she did with his younger brother Hunter, 47, blossomed into love, as the pair is now officially a couple. They even have former V.P. Joe Biden‘s official blessing, as he said in a statement to Page Six that, “We are all lucky that Hunter and Hallie found each other as they were putting their lives together again after such sadness. They have mine and Jill’s full and complete support and we are happy for them.” Here are five things to know about Hallie:

1. Hallie and Beau Biden got engaged in 2001 and married the following year.

Beau Biden proposed to Hallie Olivere in Nantucket, MA in 2001 and the couple wed on the island in an intimate 2002 ceremony. Nantucket holds a special place in the Biden family’s hearts, as they’ve spent Thanksgiving there together for over three decades.

2. Hallie and Hunter have five children combined between them.

She works at The Tatnall School in Wilmington, DE as an admissions counselor. She previously worked at another one of Delaware’s top prep schools Archmere Academy, where she served as a guidance counselor.

4. Hunter is incredibly happy to have Hallie in his life.

He separated from Kathleen in Oct. 2015 just a few months after his brother died. In the time that followed, he and Hallie fell in love after mutually suffering such grief. “Hallie and I are incredibly lucky to have found the love and support we have for each other in such a difficult time, and that’s been obvious to the people who love us most. We’ve been so lucky to have family and friends who have supported us every step of the way,” he told Page Six.

5. Hallie was a constant presence by Beau’s side when he successfully ran for Delaware Attorney General in 2006 and 2010.

She was so impressed the first time she saw him speak in public, telling Delaware Today in 2003 about how he filled in at a dinner his father was unable to attend. “It was startling how personable he was,” Hallie said. “The real him came across. As a girlfriend, I was so proud and impressed.”

HollywoodLifers, do you think Hallie and Hunter’s relationship is sweet or kinda creepy?