Bridgerton star Regé-Jean Page has been spotted leaving his apartment in Los Angeles for the first time since the bombshell announcement that he would depart the hit Netflix show. The 31-year-old was photographed carrying a suitcase out to his driver while rocking a skintight grey tee — see all the pics here. He also wore a pair of tracksuit pants for the April 2 outing in north Hollywood, just one day after revealing he wasn’t returning to the role of the Duke of Hastings, Simon Bassett.

The actor, who is reportedly in the running to helm the next James Bond movie, announced via the character Lady Whistledown that he wouldn’t appear in the period drama’s second season. “While all eyes turn to Lord Anthony Bridgerton’s quest to find a Viscountess, we bid adieu to Regé-Jean Page, who so triumphantly played the Duke of Hastings,” the announcement read. “We’ll miss Simon’s presence onscreen, but he will always be a part of the Bridgerton family. Daphne will remain a devoted wife and sister, helping her brother navigate the upcoming social season and what it has to offer — more intrigue and romance than my readers may be able to bear.”

Regé-Jean said in a statement that his Bridgerton character had completed his storyline. “It’s a one-season arc,” he told Variety. “It’s going to have a beginning, middle, end – give us a year… [I thought] ‘That’s interesting,’ because then it felt like a limited series. I get to come in, I get to contribute my bit and then the Bridgerton family rolls on.” 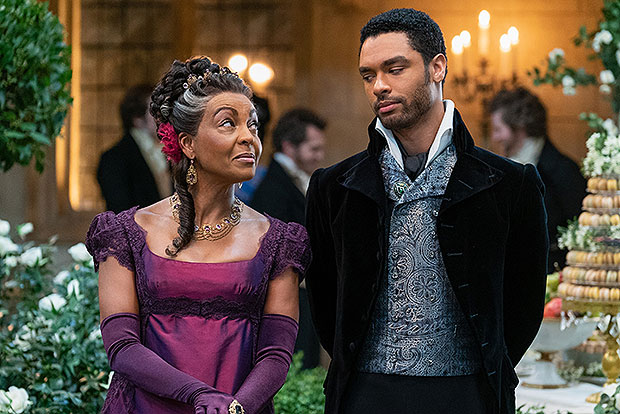 We certainly weren’t the only ones upset by the announcement. Kim Kardashian took to social media, which came just days after binging the series. “I’m NOT ok!!!!!,” the 40-year-old Keeping Up with the Kardashians star wrote over the formal announcement that Bridgerton‘s Instagram account issued. Kim had multiple questions: “What is happening!!??? How can this be?” Same, Kim.