Jennifer Garner‘s 15-year-old daughter, Violet Affleck is officially taller than her own mom! The 13 Going On 30 star, 48, spent some quality time with her mini-me on March 31, as they ran errands in the Los Angeles neighborhood of Santa Monica. Jen rocked a casual grey tee, light wash denim jeans, and black sneakers as she held her teenage daughter’s hand. Violet, who added inches to her height throughout 2020 and now towers over her mom, wore a rainbow print graphic tee with multi colored floral print shorts and a red cardigan. 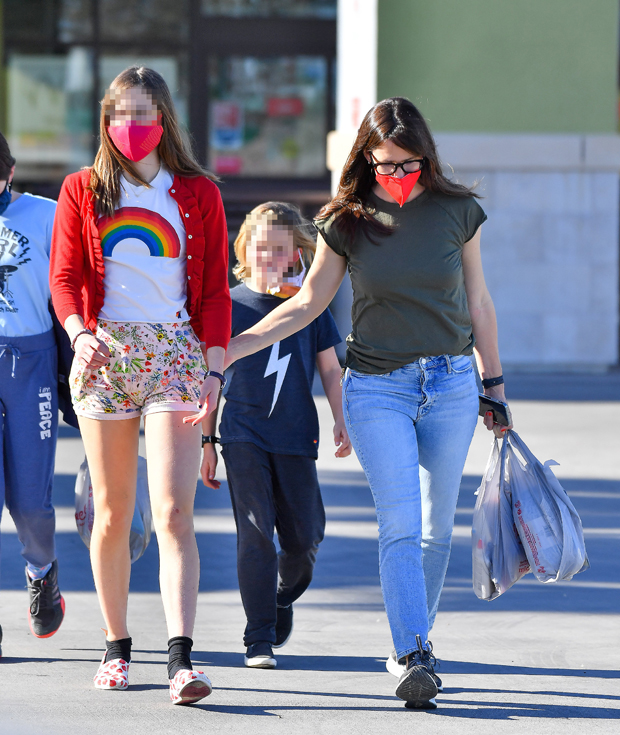 The mother-daughter duo both wore protective face masks, and allowed their brunette tresses to fall loosely on their shoulders. It comes just weeks after Jen opened up about her embattled ex-husband Ben Affleck, and how their break-up affected their three kids. three kids. “People are in awe of him,” she said of Ben, during an interview with The Hollywood Reporter. “He’s done incredible things, he’s six-four, he’s … him, and they treat him with a kind of reverence. They say that people treat me like we were just in the middle of a conversation and they want to get back to it. They’ll see me and be like, ‘Oh, I’ve been meaning to tell you … ‘” 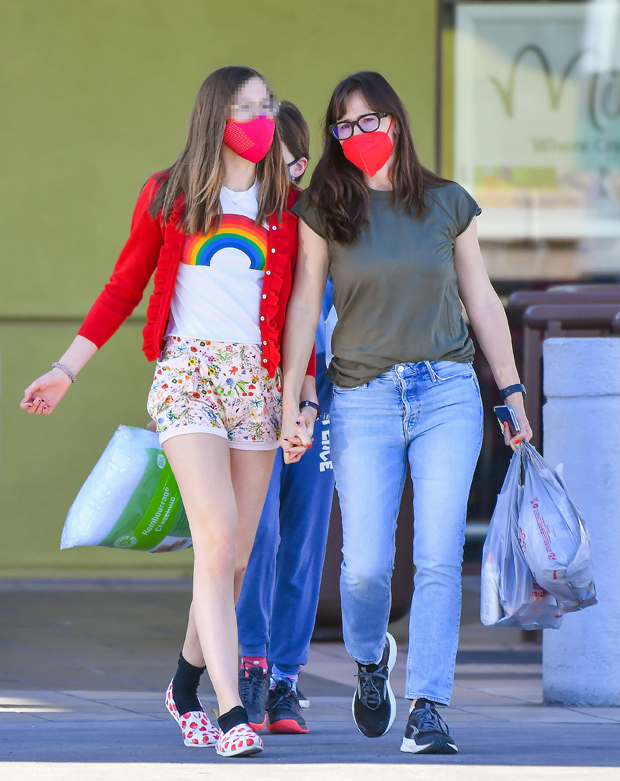 She explained that the public interest in her and Ben’s relationship, and the constant paparazzi swarm, affected their children Violet, Seraphina, 12, and Samuel, 9, who grew up afraid of cameras. “When they were smaller and there were things out there that were shocking, my request to them was always, ‘Let Dad and I talk you through whatever it is,’” she said, referencing the media circus surrounding Ben when he was suffering from substance abuse issues. “I’d tell them, ‘If you see an image on the front of a magazine, I’ll look at it with you and we’ll process all the scary feelings that come up together.’”

As for their highly publicized divorce, Jennifer said, “Going through it in public is not what’s hard, going through it is what’s hard, A. And B, my children’s eyes are on me.” Despite their struggles over the years, the former couple are seemingly on much better terms these days. “When our kids get married, we’ll dance [together], I know that now,” the Valentine’s Day star explained. “We’ll boogaloo and have a great time. I don’t worry about that anymore.”