Jennifer Garner and Mark Ruffalo have reunited! The 13 Going On 30 co-stars are set to share the screen again, 17 years after the world fell in love with them in the iconic coming-of-age flick. Jennifer took to Instagram on February 23 to share a selfie of the pair from the set of their new film, The Adam Project, which is currently filming in Vancouver. “Wishing dust worked! And I got a perfect day with my old pal,” the 48-year-old captioned the sweet pic, adding a reference to the 2004 rom com.

Meanwhile, the Avengers star, 53, also shared a shot of Jen on his Instagram, writing, “Anyone know where we can get Razzles in Canada?” The pair are set to play parents to Ryan Reynolds‘ character in the new Skydance and Netflix project, which also stars Zoe Saldana. In the film, Ryan plays a man who travels back in time enlist the help of his 13-year-old self to find his dad, in order to save the future.

Both Jen and Mark have previously commemorated the anniversary of their iconic early 2000s film, in which they play childhood best friends. In April 2020, Mark reflected on how much simpler things were back in the day. “Happy Anniversary to 13 Going on 30 today!” he wrote, “Remember what the world was like when Razzles were all the rage? Missing that time.” 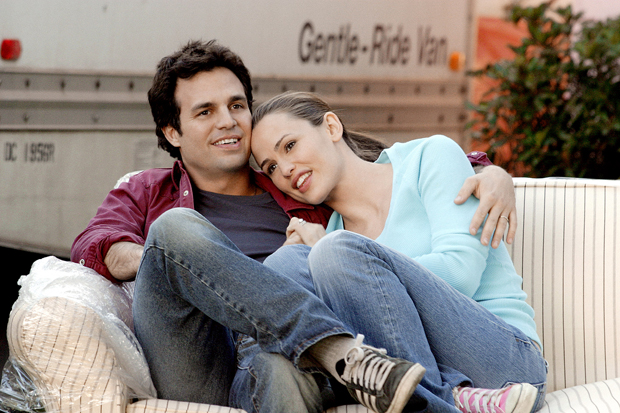 Back in 2019, for the 15th anniversary of 13 Going on 30, Jennifer commemorated the actresses who appeared in the film, while also shutting down rumors of a sequel. “What, like 15 Going on 50,” she joked, “Let’s simmer down.” Jenner added, “The movie benefitted from the performances of so many young actresses. Open and twinkly-magical then— now, 15 years later, they are ruling the world. I loved my day with this slumber party crew: they danced with abandon and reminded me of the power of just saying yes.”

Related: Irene Cara: 5 Things About The ‘Flashdance…What A Feeling’ Singer Dead At 63