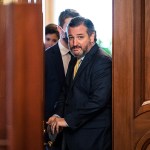 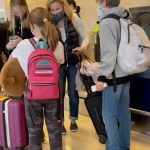 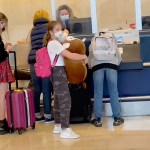 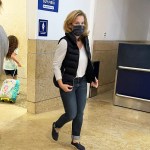 Ted Cruz ventured to the Texas-Mexico border to film at the Rio Grande shore, in an attempt to comment on immigration. His documentary efforts were met with memes.

Texas Senator Ted Cruz has become the butt of memes again, one month after his controversial trip to Cancun. This time, the Republic politician took a trip to the Mexico-Texas border with 18 other senators to film on the shore of the Rio Grande a little past midnight on March 26. The GOP figure was putting together footage to comment on immigration.

Live footage from the banks of the Rio Grande.#BidenBorderCrisis pic.twitter.com/aO4EyANrRQ

While standing in riverbed plants, the 2016 Conservative presidential candidate said in the video above, “We made the trip to see the crisis that is playing out. We’ve already gone to detention facilities that are overrun. Many of them with families, small children. We saw multiple mothers who were nursing infant babies who had just crossed over, and were being housed in outdoor holding pens, where they were sleeping on the floor and nursing their babies.”

We encountered human traffickers & cartel members tonight, yelling at us across the Rio Grande and preparing to cross. #BidenBorderCrisis pic.twitter.com/yXl3AyUIPd

Considering that Cruz last visited Mexico amid Texas’s power crisis in February, many Twitter users didn’t take this mini-documentary too seriously. “Ted Cruz lost power in his $2M mansion for 24 hours and fled to Cancun. Now he’s standing on the shores of the Rio Grande fear-mongering about mothers and babies looking for safety from gang violence,” Julian Castro‘s Senior Advisor Sawyer Hackett tweeted. Others found this as an opportunity to mock Cruz, via meme.

“Ted Cruz finding new ways to get to Cancun,” Georgetown professor Don Moynihan tweeted, while U.S. Representative Eric Swalwell wrote over the video in quotes, “‘Can anyone point me to Cancún?’”

“Ted Cruz can’t stop going to Mexico,” journalist Molly Jong-Fast also tweeted. Another person made fun of the fact that Cruz stayed at the Ritz-Carlton in Cancun during his overnight trip to Mexico in February. “Ted Cruz leading his family across the Rio Grande to safety at the Ritz Carlton, Cancun,” the Twitter user wrote over the photo of the Texas senator at the Rio Grande shore.

Ted Cruz leading his family across the Rio Grande to safety at the Ritz Carlton, Cancun. pic.twitter.com/LHYKnYAeNR

Others mocked the Senate Republicans Twitter account for claiming that Cruz and his travel buddies were “heckled by cartels” amid the border trip. “Ted Cruz going to the border and then expressing how his tender feelings got hurt when the cartels heckled him is the purest example of political theater,” one person tweeted in response.

Another Twitter user resurfaced the 2015 Ted Cruz-Zodiac Killer meme (Cruz was born after the serial killer’s crimes, but the Internet still had a field day with pretending that the senator was the notorious criminal). “BREAKING: Zodiac Killer has been spotted on the banks of the Rio Grande,” the person wrote.

BREAKING: Zodiac Killer has been spotted on the banks of the Rio Grande pic.twitter.com/Wx6FzrlsVj

This isn’t the first time Cruz sparked a wave of viral memes. Thanks to his trip to Cancun in February, Twitter users joked that the politician actually hitched a ride with NASA’s Perseverance rover for a trip to Mars (which had landed on the planet around that time).

Amid the backlash for leaving his home state in jeopardy, Cruz explained in a statement to CNN in February, “With school cancelled for the week, our girls asked to take a trip with friends. Wanting to be a good dad, I flew down with them last night and am flying back this afternoon. My staff and I are in constant communication with state and local leaders to get to the bottom of what happened in Texas. We want our power back, our water on, and our homes warm. My team and I will continue using all our resources to keep Texans informed and safe.”