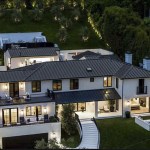 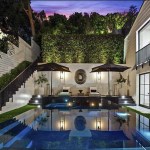 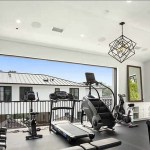 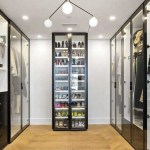 Rihanna can now call Paul McCartney one of her neighbors. The Fenty CEO reportedly bought a 7,628-square-foot mansion in a celebrity-favorite cul-de-sac in Beverly Hills.

Rihanna reportedly has another home to brainstorm songs and run her retail/beauty empire from. The 33-year-old multi-hyphenate is the new owner of a $13.8 million mansion in a cul-de-sac where The Beatles‘ member Paul McCartney lives, Variety‘s real estate vertical Dirt reported on March 16. It’s a popular street among celebrities: Mariah Carey once leased a home a couple of doors down from RiRi’s new estate, which Madonna rented amid the COVID-19 pandemic, the outlet reported.

These famous names aren’t the only reasons Rihanna’s new pad is impressive. Just look at the sheer size of the estate: the house is situated on a 21,958-square-foot lot that overlooks the lush green Coldwater Canyon, and the home itself is 7,628 square feet and comes with five bedrooms and seven bathrooms. The home, which features a modern open floor layout, is cozy yet sexy with its classy touches like French white oak hardwood flooring, diamond pattern panel walls in the living room and the kitchen’s marble islands and walls. And that’s just scratching the surface of Rihanna’s latest addition to her real estate portfolio: the new Beverly Hills home also comes with a gym, swimming pool, hot tub and a private outdoor terrace with an intimate entertaining space. There’s also a sultry wet bar room for hosting guests, which you can see below. This home was built in 1938, which Rihanna purchased from GameMime founder Daniel Starr, according to Dirt. Before that, the daughter of I Dream of Jeanie creator Sidney Sheldon — Mary Sheldon — owned the property. You can see even more photos of the “Rude Boy” singer’s reported new mansion in HollywoodLife‘s gallery above.

Rihanna’s main home base is a $5.5 million penthouse in the “The Century” skyscraper in Century City, a luxurious building where stars like Friends‘ Matthew Perry live, per Dirt. The Fenty founder also owns a $6.8 million home in Hollywood Hills (which has been a rental property since 2019) and a vacation pad in her native Barbados, according to the outlet.