Miranda Lambert has snuggled up to her husband in an adorable snap, just two days before she’s set to perform on the biggest night in music. The country superstar will take the stage at the March 14 Grammy Awards, where she is up for three trophies (best country solo performance, best country song and best country album), and is certainly making the most of her week in Los Angeles. “California dreamin,” the 37-year-old captioned a selfie of herself and husband Brendan McLoughlin on the Santa Monica beachfront. She also added the hashtags, “#GrammyWeek #backtowork and #bluebird.”

The couple, who wed in 2019, posed cheek to cheek with their arms around each other. The blonde beauty wore a grey tank top, while her former police officer beau posed in a light wash maroon tee. “Y’all are so stinking cute,” one fan commented, while another wrote, “OMG! You two are adorable.” The pair recently opened up about how close they got during the pandemic, and how they “reconnected” with themselves. “We didn’t date very long before we got married,” Miranda said on The Storme Warren Show adding that during the quarantine months, “we sort of got to just really, really, really get to know each other.”

“Cause it was just us two with no distraction, at my farm outside of Nashville,” Miranda added. “And so I was really thankful for it because it made us really strong. And, you know, I, I think it did that for a lot of couples, especially a lot of my friends don’t really see their significant other because we’re in different directions all the time. But with, with everything that happened last year, I think everybody was forced to sort of reconnect with themselves and with people that they really love and that are close to them.” 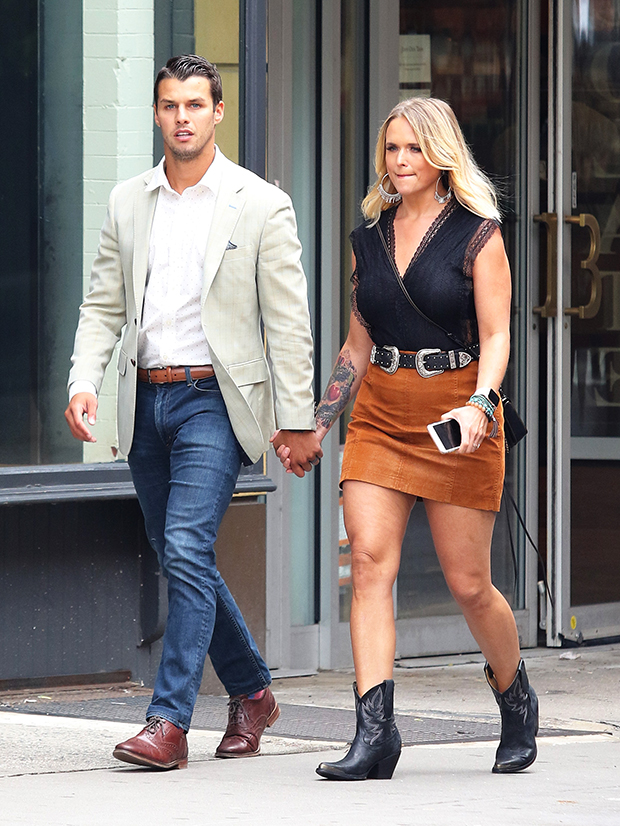 Miranda also said she believes 2020 will be a defining year for romantic relationships. “I kept saying there’s gonna be a lot of, lot of engagements and babies or a lot of divorce,” she said, noting that she and Brendan tried to stay busy throughout quarantine. “We do a lot of podcasts too. So like we don’t have to just sit there and twiddle our thumbs and talk while we drive. We like get into Dateline or murder mysteries or something. So that helps.”