Olivia Munn has celebrated her friend’s birthday with a cheeky photo of herself. The 40-year-old actress took to Instagram on March 6 in honor of her pal’s big day, and shared a “spicy” snap wearing a pink satin top with nothing underneath. “Happy birthday my sweetest friend!!!! This isn’t the only pic I have of me and you but it’s the spiciest… Love you times a million,” the Newsroom star captioned the pic, in which she also rocked a string bikini bottom. Olivia poked her tongue out and winked at the camera, while rocking layered gold necklaces as she sat poolside next to her friend.

“So spicy” one fan commented, while another wrote, “Omg hothothothothot.” Actress Meredith Salenger joked: “I’m obsessed with you. Thank gawd I’m married! Lol, ya gorgeous!” Olivia most recently stepped out in a pair of cutoff daisy duke shorts for dinner in West Hollywood. She arrived at celebrity hotspot Craig’s restaurant on February 26, rocking a chic, casual look which also included thigh-high black boots, and a white button-down shirt.

It comes just one week after she spoke out about the rising number of attacks against the Asian community in America. Olivia sat down for an interview after her friend, Sam Cheng‘s mom was attacked outside a New York City bakery in February 2021. “These racist hate crimes against our elders have got to stop. We’re gonna find this guy. Queens, Internet, please… do your s—t,” Olivia wrote alongside photos of the suspect, which she posted to her IG story. In an interview with PEOPLE, Olivia said, “You know, there’ve been so many attacks against the Asian community, especially the elders in our community. Over the past year, it’s been an astronomical rise. I mean, just in New York alone, it’s a 1,900% increase in just a year.” 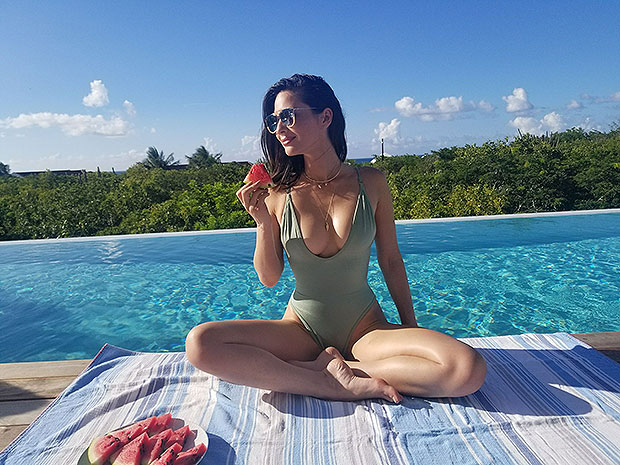 The Newsroom star continued, “Our parents have been conditioned to keep their head down, to take it on the chin, to keep going to be treated like second-class citizens … By speaking up, by doing this, it’s going to stop other people from doing it to more of our elders, to more people in our community. It’s not enough just for you to take it on the chin. You have to speak up so that it helps everyone else.”