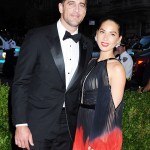 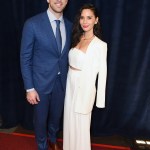 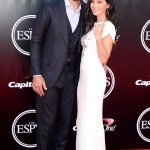 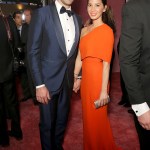 Aaron Rodgers’ sudden engagement to Shailene’s Woodley was shocking, but how did his exes take the news? HL has EXCLUSIVELY learned both Olivia Munn and Danica Patrick’s reaction.

When Aaron Rodgers low-key mentioned that he “got engaged” last year during the NFL Honors broadcast, the news turned some heads. This announcement from Aaron, 37, came shortly after a report that he and Shailene Woodley were dating, so the sudden engagement caught many off-guard…except for two. While most of the world celebrated Shailene, 29, and Aaron’s engagement, his former exes, Danica Patrick and Olivia Munn, could not have cared any less. “Olivia’s thoughts on Aaron Rodgers as an ex and anything more has no existence in Olivia’s mind,” a source close to the actress tells HollywoodLife EXCLUSIVELY.

“[Olivia] doesn’t care one bit,” added the insider. Olivia, 40, and Aaron famously dated from 2014 to 2017. It was a romance plagued by public intrigue. Aaron’s brother, Jordan Rodgers, first mentioned the Green Bay Packers quarterback was estranged from his family while competing on season 12 of The Bachelorette in 2016. At the start of 2017, Aaron’s father, Ed Rodgers, said that his son stopped talking to his family around the same year he began dating Olivia. It was later revealed that Aaron and his family were already estranged before he started dating Olivia, but the damage was done.

“Whether he is involved with anyone and now that he is engaged doesn’t dictate how Olivia deals with her life,” the insider tells HollywoodLife. “She really is paying zero attention to the situation; she has her own life to worry about. She doesn’t get tied up in unneeded drama.”

As for Danica? The 38-year-old former race car driver is has moved on from Aaron, a source close to her shares EXCLUSIVELY with HollywoodLife, and is focused on “traveling and working on her podcast [Pretty Intense.]” She and Aaron began dating in 2018, making their public debut as a couple at that year’s Daytona 500. They seemed like they were on a path towards marriage – they reportedly bought a $28 million mansion in Malibu – but by July 2020, the two had called it quits.

“[Danica] was in love. She wanted to start a family,” a source told HollywoodLife. “She wanted to get married. That didn’t happen. She has grieved about it, but Danica is a tremendously tough woman, and dealing with Aaron is not a part of her future, so she has decided to avoid thinking about him. She is letting the past be the past.”

After the breakup, Aaron seemingly laid low. At the start of February, there were reports that he and Shailene had begun a “long-distance relationship,” though the exact dates and details remain unknown. During the Feb. 6 broadcast of the NFL Honors, Aaron — while accepting the 2020 NFL Season MVP award – revealed that he had gotten engaged over the past year. “It may seem quick for them to be engaged,” a source told HollywoodLife EXCLUSIVELY, “but it is the right time for them, and anyone that knows them both sees that the timing is right on target.”