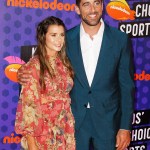 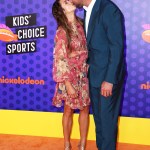 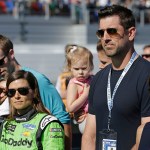 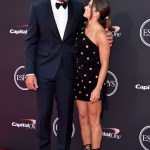 A source confirmed to HollywoodLife that Danica Patrick and Aaron Rodgers have broken up after two years of dating. The news comes after fans noticed that Danica unfollowed Aaron on Instagram.

UPDATE (7/16/20, 5:15 PM ET): A rep for Danica Patrick has confirmed what a source close to the former couple told HollywoodLife. “I can confirm that Danica and Aaron are no longer together,” the rep shared.

Another high-profile couple has split. A source confirmed to HollywoodLife that Danica Patrick and Aaron Rodgers broke up after Instagram users noticed on July 16 that the pro racing driver, 38, unfollowed the quarterback for the Green Bay Packers, 36. It also appears that Danica might have deleted evidence of the couple’s relationship, with the only recent photos of the two together posted in April and February of this year.

Fans immediately took to social media to speculate that the pair were, indeed, heading for a split. “Soooo Aaron and Danica apparently have broken up, interesting,” one fan tweeted. A number of fans responded to the tweet, asking whether it was true, with many other admirers to the two athletes noting the evidence that Danica was no longer following Aaron on the social media platform.

Soooo Aaron and Danica apparently have broken up, interesting.

“Did Aaron Rodgers and Danica Patrick split up?” a Wisconsin native posed to Twitter. “They haven’t posted any photos together in months, she unliked all his IG posts, and she wasn’t with him in Tahoe for golf tournament,” they noted. Clearly, something was amiss between the two.

Did Aaron Rodgers and Danica Patrick split up? They haven’t posted any photos together in months, she unliked all his IG posts, and she wasn’t with him in Tahoe for golf tournament 🤔

Danica and Aaron started dating in February 2018. The two seemed like a near-perfect match, with both being respected athletes in their individual fields. The romance appeared to be going well between the two, and only a few months ago on April 14, Danica opened up her IG stories for fans to ask questions — some of which concerned Aaron.

“If you like a partner who is extremely attractive, super intelligent, very thoughtful, patient (lord knows I can be stubborn), loves to travel, is open minded, is into growing in this life, and can ball. Ya, it’s pretty amazing,” Danica shared after a fan asked her what it was like dating the professional quarterback.

Prior to her romance with Aaron, Danica was married to physical therapist Paul Edward Hospenthal from 2005-2013. Following the split, she dated fellow driver Ricky Stenhouse Jr. from 2012-2017. As for Aaron, he was notably in a high-profile relationship with actress Olivia Munn between 2014-2017.