Britney Spears loves sharing her frequent freestyle, living room dance sessions in Instagram videos. She’s usually seen in the same look, which consists of a sports bra, shorty shorts and heavy eyeliner. Sometimes she wears her hair long and loose, and other times in a messy bun. But she’s tired of taking heat for not looking “magazine” ready in the videos, saying she only does them for “fun” in a Feb. 1, 2021 Instagram post.

“I’m trying to learn how to use technology in this technology driven generation….but to be totally honest with you I can’t stand it!!! So…if my posts aren’t perfect…I’m doing this for fun!!!! If you think I should look like I’m on a magazine cover when I dance….sorry ain’t happening.” she wrote in the caption.

Along with the message, the singer shared two Instagram photos that were taken over the summer, where she was wearing a white peasant crop top and showing off her then-long hair with new bangs. The pictures were the same, but she played with the filters on them so that the lighting was a little different. Britney had a habit of doing that throughout the summer, which drove some fans crazy as she would post the same photo numerous times, with just slight filter adjustments in the lighting. 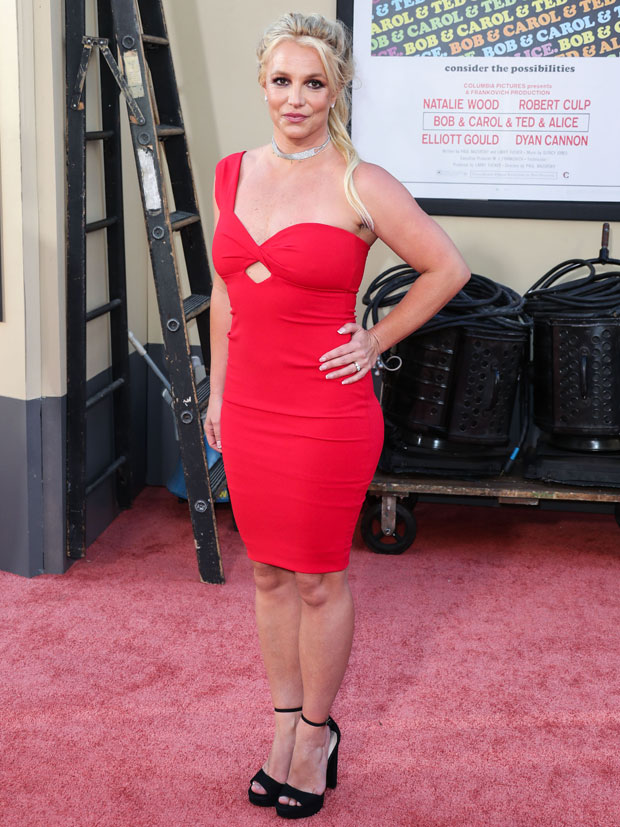 Britney Spears looks ‘magazine ready’ as she attends a July 2019 movie premiere in Hollywood. She’s clapping back at trolls who say she should look this glossied up when doing her dance videos from home. Photo credit: MEGA

Her message itself touched some of her followers. User @darthbadez commented, “Don’t ever apologize to us Britney!!! You are perfect!!!” while @fabulousmatty told the 39-year-old “I think you should continue being you because that is who we fell in love with from the start. Perfectly imperfect.” Fan miss__protector2 cheered, “Tell em Girl. I hardly ever even put makeup on these days!” while @enjoeyyourlife wrote, “AND THATS THAT ON THAT. YOU TELL EM SIS!” Fans @mvtheusnog assured Brit, “You’re beautiful and I love who you are. Try to ignore these nasty messages.”

Other fans were worried that it wasn’t really Britney who was behind the post. With her conservatorship battle, some were worried that she doesn’t actually have control of her IG account. Follower @mar_walh told her, “Britney. We love your dancing. It’s your safety we are concerned with,” while @armyboy88 asked, “Is it me or this seems fake? Or something britney would really say?”

Britney absolutely loves dancing and it’s her main form of exercise, as well as blowing off steam. She uses the large foyer in front of her living room as her dance floor, and her high energy routines often leave her glistening with sweat. The “Toxic” singer should never have to worry about looking “magazine’ perfect when she’s working out and doing body movement that brings her so much happiness. It’s not like she’s shooting professional music videos, she’s just having fun at home!