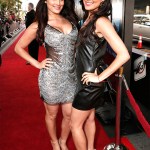 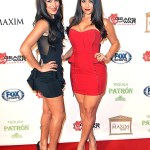 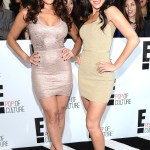 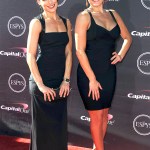 Nikki and Brie Bella confirmed that they’d ‘definitely’ love to return to WWE! The Bella Twins revealed how soon could see themselves jumping into the ring again on the Jan. 29 episode of ‘The Ellen DeGeneres Show.’

Wrestling duo Nikki and Brie Bella want to get back in the ring, nearly two years after the 37-year-old twin sisters exited the world of WWE. Nikki confirmed that they “definitely” want to come out of retirement while appearing on the Jan. 29 episode of The Ellen DeGeneres Show, which Mario Lopez was guest hosting. Nikki revealed that the ring was calling her back when the locations of the next three Wrestlemania events were announced on Jan. 16.

“Recently WWE made their huge announcement about WrestleMania for the next three years. So when I heard about Dallas 2022, Hollywood 2023 I got chills and I was like, ‘Brie, we have never gone after the Tag Titles. They were like made for us’,” Nikki explained to Mario. With that said, she revealed the good news to WWE fans: “So there’s another run for the Bella Twins.”

Nikki then revealed how soon fans can expect this “run” from the Bella Twins, which was the name of Brie and Nikki’s wrestling tag team. “So I’m calling maybe in Dallas, WrestleMania,” Nikki said, referring to the WrestleMania 38 event taking place in April of 2022 — a little more than a year away! The sisters didn’t have a firm date locked in place, though, and so Nikki added, “At some point we’re coming back.”

It turns out that motherhood, and a fellow wrestling mom, inspired Brie to ditch retirement. “I really want to be able to wrestle in front of Matteo [Nikki and Artem Chigvintsev‘s son] and Buddy and Birdie [Brie and Daniel Bryan‘s kids] and come back and them look at me the same way Stephanie‘s daughters looked at her,” Brie explained, recalling the day she wrestled Stephanie McMahon at SummerSlam in 2014.

Nikki was on the same page. “Nothing would be better than being in the ring and looking over at the front row and just and seeing your kids in awe of you. Especially as women, like how empowering that would be. It would be incredible,” Nikki said, jumping off on her sister’s point. With that said, Brie revealed that they’re just waiting for their baby boys to grow up a little before jumping back in the ring: “So I feel like in two years — Let the boys be two.”

Nikki welcomed her first child, and Brie her second, just a day apart in Aug. 2020. Nikki is currently adjusting to her new role as a first-time mom, which has been documented on Season 6 of the sisters’ reality television show Total Bellas. On the E! series’ most recent episode, which aired on Jan. 28, Nikki feared that she and her fiancé Artem “aren’t meant to be” while battling postpartum depression.