Nikki Bella admittedly struggled with Artem Chigvintsev being away while competing on Dancing With the Stars in the months after she gave birth to their son, Matteo. Her issues were documented on this season of Total Bellas, and continued during the show’s finale on Jan. 28. In addition to the fact that Artem wasn’t around to help with Matteo, Nikki was also struggling with postpartum depression, which made the situation even harder.

Nikki’s sister, Brie Bella, urged her to talk to Artem about what was bothering her, but Nikki couldn’t bring herself to do it. “It doesn’t feel like the right time to bring up the postpartum,” Nikki admitted. “There’s already a lot between Artem and I — like me making the quick decision about [moving] to Napa Valley. I just feel like he has a lot on his plate right now and I don’t want to take away all that good energy from him.”

To try and take her mind off things, Nikki left Artem in Los Angeles and went to spend some time with Brie in Napa. Unfortunately, she still had to sit and watch via social media and television as Artem continued to thrive on Dancing With the Stars. Eventually, Nikki began questioning where her relationship stood with her fiance.

“What’s harder now is seeing him every week, where I have to see him smiling and dancing around and I’m just sitting at home doing the same s*** every day,” Nikki told Brie. “And now I hate him for it. I don’t like being this way, but it crushes me. I love Artem so much and I want it to work and I want it to work with Matteo, but I’m already exhausted. It’s exhausting not liking someone. I just want him to look at me how he used to. Maybe I just don’t make him happy. Maybe we aren’t meant to be.”

Brie took it upon herself to call Artem behind Nikki’s back and fill him in on her sister’s postpartum depression. Artem was completely caught off guard, as he had no idea that Nikki was struggling so much. He even offered to quit Dancing With the Stars to be there for her — which, of course, Nikki wouldn’t allow. Artem did want to make sure that Nikki was okay, though, so he flew to Napa on his day off to surprise her and talk things out. 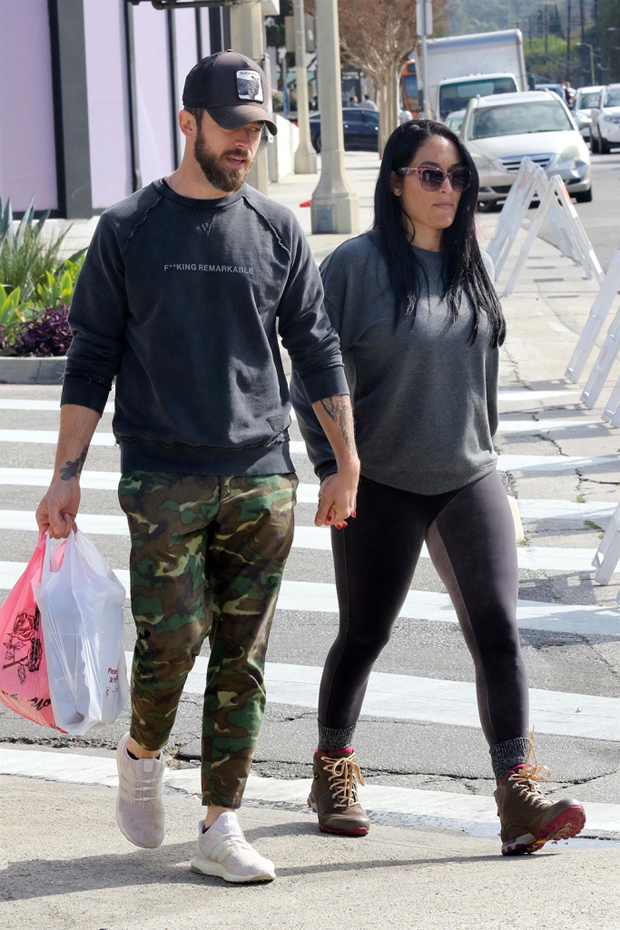 “I have to watch you on TV and see you on social media and you seem so happy,” Nikki explained. “It just f***s with my head a little bit. Nothing I can do can make that person feel that way. Maybe I don’t make [you] happy. Maybe this isn’t the right relationship. Maybe [you’re] meant to be with someone else. And then I became super lonely and I’ve just fallen into a super dark place.”

Artem assured Nikki that she could always come talk to him if she was having a hard time with something. He also explained that the reason he looked so happy on Dancing With the Stars was because he was also celebrating the birth of their child and their life together. “Part of why I’m so happy is also your doing,” he told Nikki. “You should know that I’ll always put family first.”

It was exactly the reassurance Nikki needed. In the end, the time apart paid off, as Artem and his partner, Kaitlyn Bristowe, won Dancing With the Stars. Of course, he immediately went to Napa after to celebrate with Nikki and Matteo. The season ended with Nikki and Artem revealing that they’d even set a wedding date for Thanksgiving Weekend 2021!