And baby makes three! Gabby Barrett, 20, and Cade Foehner, 24, have officially welcomed a new family member. The “I Hope” singer revealed on Jan. 18, 2021 that she gave birth to an adorable baby girl named Baylah May Foehner with her hubby of one year. The country star, who met Cade when they both appeared on reality show American Idol, took to Instagram to share the the big news on Jan. 25.

It turns out the couple waited a week to share the the birth with the world, as they wanted some alone time with their daughter before sharing the news of her arrival. “Gotten to spend a very sweet week with our newest addition…meet our girl. Baylah May Foehner 1.18.21″ the caption read to a photo of the little one wrapped in a red blanket. Only the bottom of her face could be seen, as Baylah was sucking on a pacifier where the snapshot was cropped. So it’s unclear if the infant has inherited Cade’s luscious locks.

The sweet couple first revealed they were expecting their first child together, less than one year after they tied the knot, in an August 16 announcement. “We are very excited,” the country singer told PEOPLE at the time. “The Lord has blessed us with a little one, and we’re really excited to finally be able to share the news with everybody and just have a big old family celebration about it.” The pair, who met in 2018 and said “I do” the following October, received plenty of well wishes from friends and fans alike 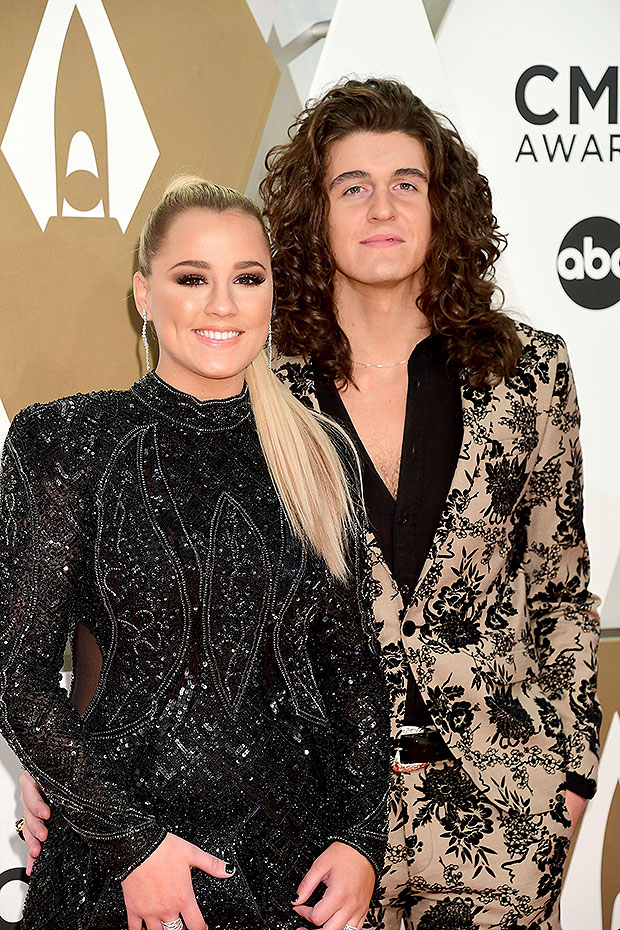 Gabby Barrett and Cade Foehner have welcomed their first child together. Image: AP

“We were really excited whether it was a boy or a girl. I always wanted a girl growing up, as well as a boy, so to have a girl first is just really exciting. I hope she gets his hair — definitely not mine,” Gabby said. Due in early 2021, the hitmaker revealed she found out she was pregnant in May. “We were in Texas visiting Cade’s side of his family. And it’s funny, because I did not think that I was. Around lunchtime, I remember taking the test and my eyes nearly crossed! I was like, ‘Wait, is that two lines?’ I came running out to Cade and was just like, ‘Oh my gosh, I think I am.’ That’s all that I said, and he knew what that meant. I started crying, and it was very sweet.”

In an exclusive interview with HollywoodLife back in March 2020, Gabby revealed she didn’t want to wait too long before having kids. “I knew from a young age, I always definitely wanted to be a mom,” she told us. “I always loved playing with baby dolls and babysitting. I used to babysit all the time when I was in middle school and high school.” Congratulations to the happy couple on their growing family!