The apple didn’t fall far from the tree when it comes to Lourdes Leon and her not taking crap from anyone, not even her own fans. Madonna‘s 24-year-old daughter has joined Instagram on Jan. 22, 2021, and had sassy responses to everything from if she’s going to have a singing career like her mom, or if she’s posting sultry snapshots for attention. Lola’s first post upon joining IG showed off several sexy photos of her modeling Juicy Couture underwear, which one fan called a “thirst trap.” 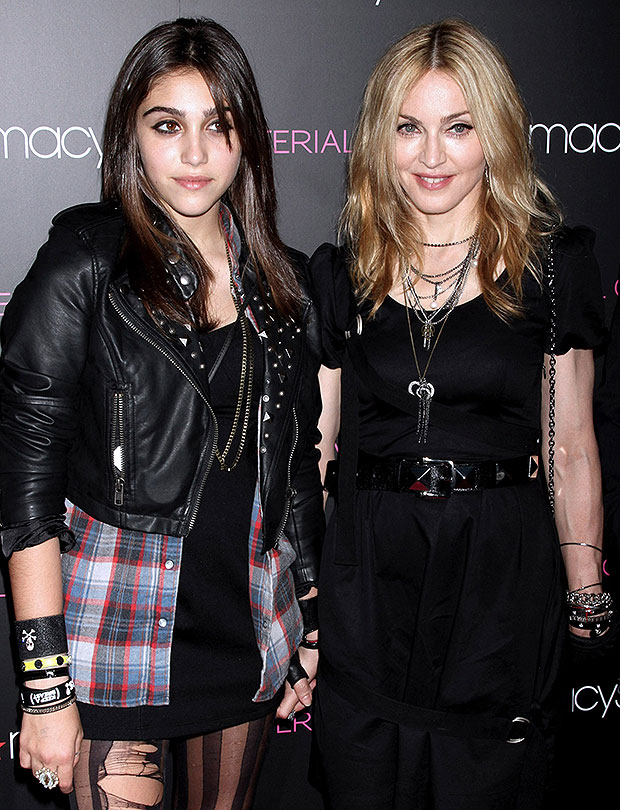 User @mattbardot commented, “not u thirst trapping…. what would ur mom think” referring to the 62-year-old singing superstar. Lourdes fired back, “@mattbardot does your mom know u don’t wash ur a**?” That didn’t offend the fan at all, who instead responded, “OMG IM FRAMING THIS” about his interaction with Madonna’s oldest child. He later commented in Lola’s second post, writing, “UR MOM IS AN ICON SIS” and she clapped back, “@mattbardot so go follow her. It’s @madonna btw if u didn’t know.” 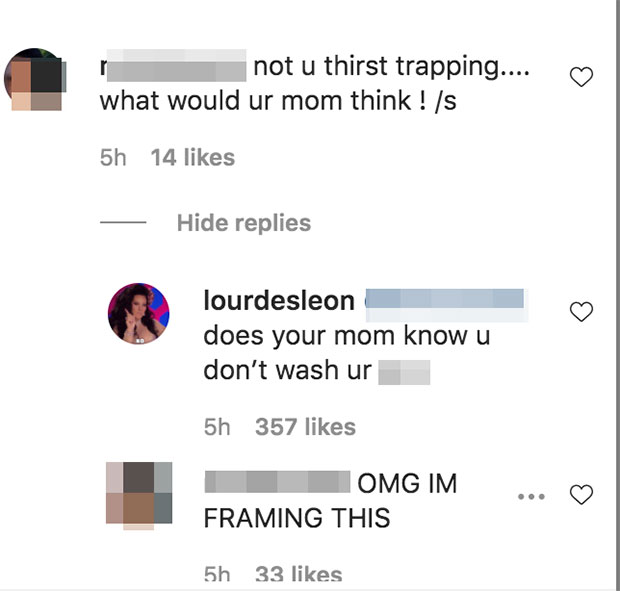 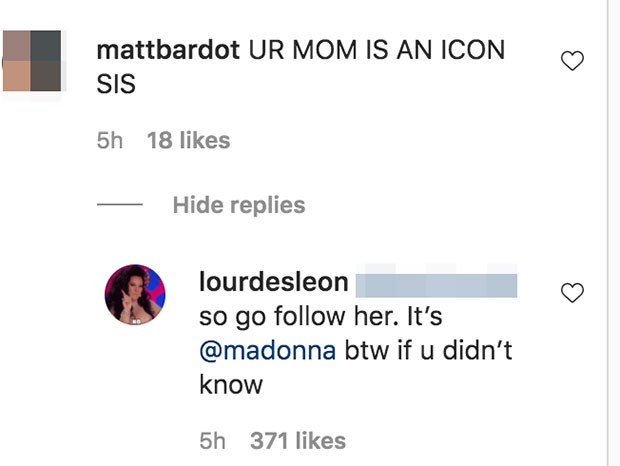 Madonna fan @aglongoria1 told Lola, “Your mother made a masterpiece called Hard Candy,” referring to the singer’s 2008 album. Lola replied, “Your mother sucks wild d**k,” though she later deleted the comment. Her personal clap backs made user @lawofdavid proclaim “You didn’t come here to f**k about,” with laughing to hard they’re crying emojis. However fan @ryancarrell said Lola was being “Unnecessary! At least he wasn’t praising MDNA!” referring to Madge’s 2012 experimental EDM record. 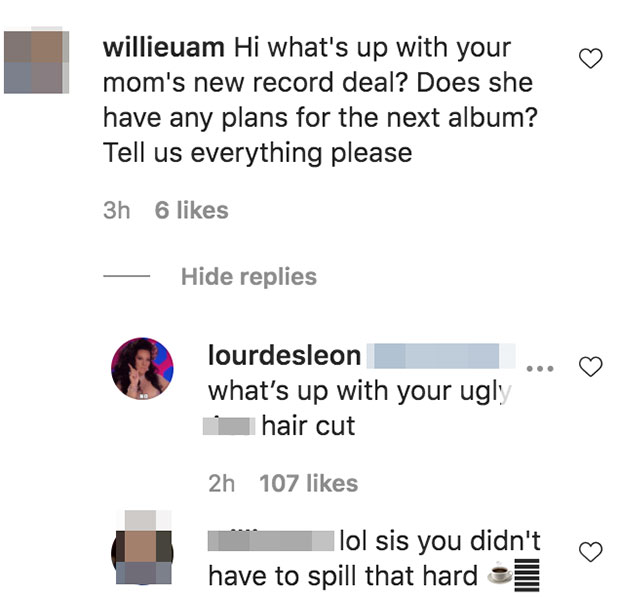 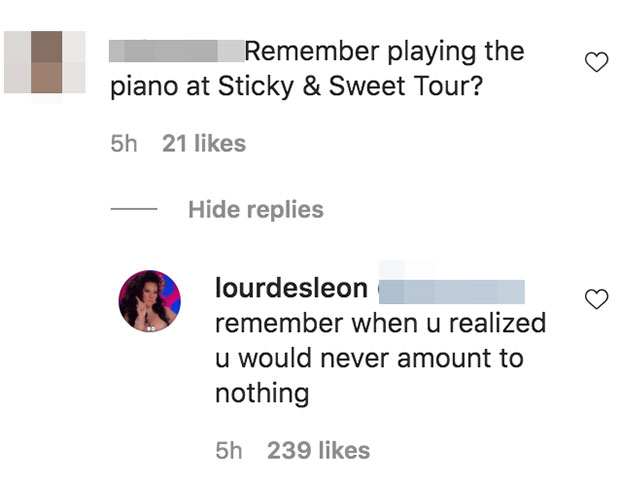 Lola shared a second post which featured her showing off her modern dance skills during a promotional video for designer Stella McCartney‘s collab with Adidas. User @celsoares asked in the comments, “Remember playing the piano at Sticky & Sweet Tour?” about her mom’s 2008-9 concert venture, and Lola shot back, “@celsoares remember when u realized u would never amount to nothing?” Brutal! 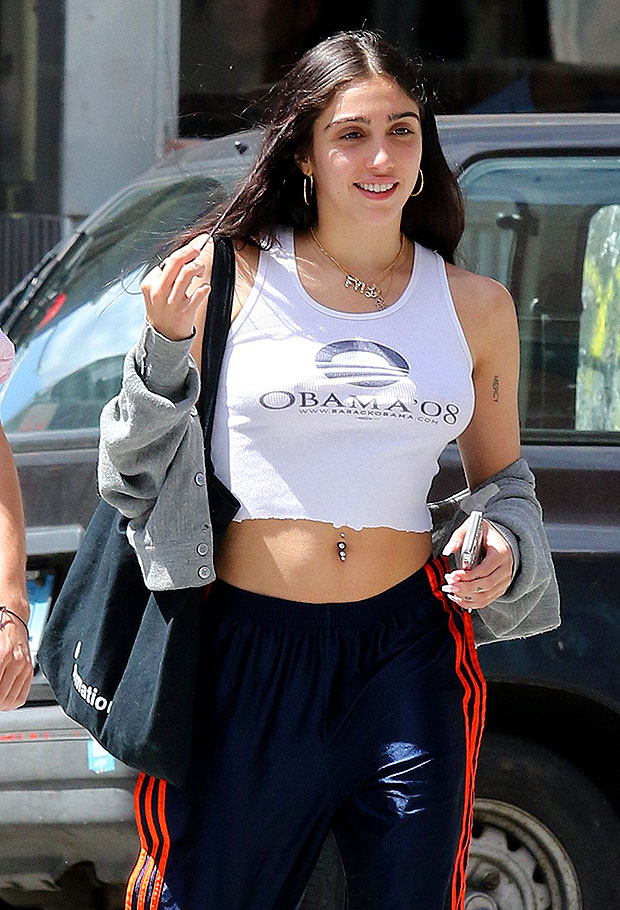 While Lourdes might have naturally bristled about people wanting to talk about her mom instead of her, she was just as snappy when it came to what fans hoped for from the former University of Michigan student‘s career plans. When follower @zephyrrrrz asked “Hey queen we’re waiting for your singing debut,” she bristled, “@zephyrrrrz I’ll sing at your funeral,” to which the user responded, “Cannot wait” One thing’s for sure, Lola’s IG account should be pretty darn entertaining now that she’s joined the social media site.