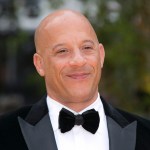 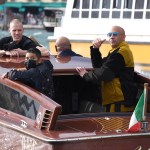 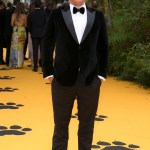 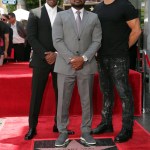 Time flies when you’re going ‘fast.’ Ahead of the first ‘Fast’ movie turning 20, Vin Diesel gave some ‘love’ to the movie that started it all with a snuggly pic featuring him and Michelle Rodriguez.

It’s hard to feel old when you’re traveling at 100 mph, but The Fast and the Furious turns 20 this year. The first installment of the long-running franchise was released in theaters in 2001, marking two-decades of Dom Toretto (Vin Diesel), Letty Ortiz (Michelle Rodriguez), Brian O’Conner (the late Paul Walker), and more pushing the pedal to the metal. Though many have joined the Fast & Furious family — Tyrese Gibson, Ludacris, Dwayne Johnson, Jason Statham, etc. — things wouldn’t have been able to get out of first gear without the on-screen chemistry between Vin, 53, Michelle, 42, and Paul. “20 year anniversary,” Vin captioned a Jan. 17 Instagram post featuring a still from the first movie, a 22-year-old Michelle snuggled in his lap. “Happy Creative… All love.”

Dom, Letty, and the rest of the gang will be seen in the upcoming F9, the fittingly titled ninth Fast & Furious movie. Originally scheduled for an April 2019 release, the movie was pushed to May 2020 due to the Hobbs & Shaw spin-off. The COVID-19 pandemic caused further delays, and the movie is currently set for a May 28, 2021 release. Whether or not Universal will release this movie on-demand, through a streaming service, or attempt a theatrical run remains to be seen.

The trailer for F9 was released almost a year ago. For those needing a refresher, F9 details the arrival of a new foe: a master thief, assassin, and high-performance driver. This rival, played by John Cena, also happens to be…Dom’s brother. With the Furious movie’s core message of “family,” F9 will show what happens when family love gets twisted into hate. On top of that, there is a surprise reveal as [spoiler alert] Han (Sung Kang) isn’t dead? The character died in Fast & Furious 6, but it seems he’s gotten better.

“So grateful to the entire Fast Family, including Universal,” Vin wrote in 2020, shortly after the release of the trailer. “[For] anyone who for the last two decades have been a part of this incredible saga. Most important, I am grateful to you all who have been there with us along the whole journey. We hope to make you proud.”