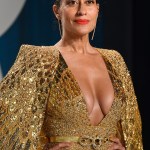 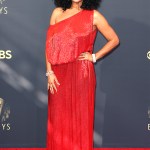 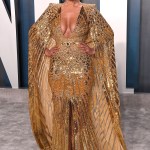 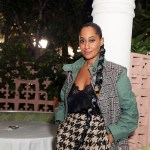 Tracee Ellis Ross proved she is the spitting image of her mother, Diana Ross when she shared a behind-the-scenes snap from ‘The High Note’. See the lookalike pics.

Tracee Ellis Ross has given fans a behind-the-scenes glimpse of her role as Grace Davis in The High Note. The black-ish star, 48, took to Instagram on January 15 to share a series of pics and videos — and she looks exactly like her legendary mom, Diana Ross! In the first clip, Tracee posed for a photoshoot wearing nothing but high-waisted black pants, and a metallic, backless crop top. She also rocked a black choker, and styled her hair in bouncy curls. “Who’s been watching Grace Davis in #TheHighNote on @hbomax,” she captioned the post, referencing her role as the superstar diva in the 2020 flick.

Tracee’s IG post also featured clips of her dancing on the set of a photoshoot in a sequin dress, along with a video montage of her learning the character’s choreography. She stars alongside 50 Shades Of Grey actress Dakota Johnson who portrays her personal assistant Grace. Dakota previously spoke to HollywoodLife about her character, and gushed about Tracee’s talent. “Tracee is really incredible. She is super talented and super smart and super kind and has really transformed into a full-blown icon,” Dakota raved.

Tracee has also used her platform to have important discussions. On January 14, she took to Instagram to the recent riots at the Capitol and continued unrest in America. The Emmy nominee spoke about her emotional struggles and fear that stems from the state of the world. “There’s been a lot of emotions and feelings to process over the last several days, on top of everything else we’ve been dealing with in our homes, our communities, and our world,” she wrote in her caption. “Just wanted share a gentle reminder to take a moment, take some deep breaths, put down all the ‘stuff’ you’ve been carrying & love on yourself. I’m reminding myself too.”